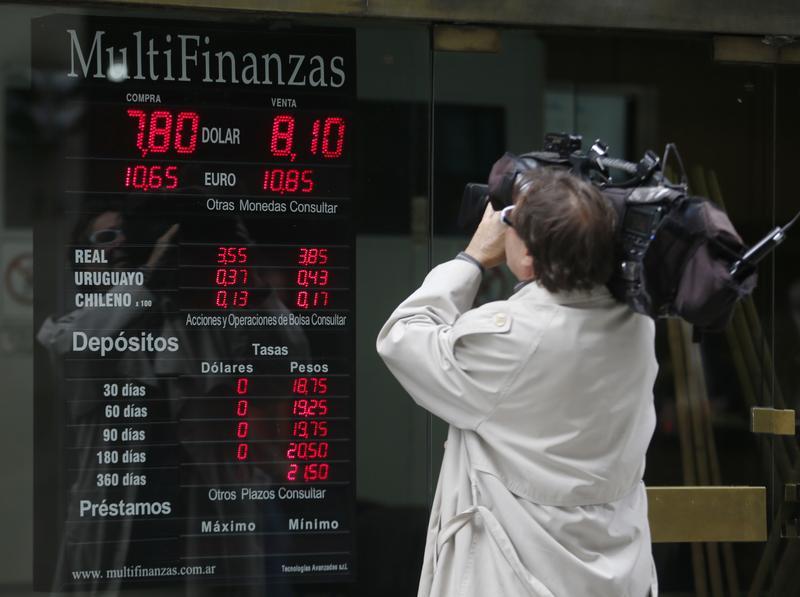 The devaluation of the Argentine peso has shaken investors. It’s not exactly an emerging market crisis, but cracks are beginning to emerge in the cheery consensus about the global economy’s prospects in 2014.

The spike in risk aversion is good occasion to junk one part of optimistic case: the “warm glow” hypothesis that a pickup in growth in advanced nations will be enough to shield emerging markets from slowing Chinese demand, higher global interest rates and capital outflows.

For that happy outcome, global trade must revive; exporters from emerging markets must enjoy a banner year. But in fact, rich nations’ import volumes are growing at a tepid pace relative to GDP. And governments can do relatively little to help. A one-dollar investment in high-income countries leads to 38 cents in imports, while private consumption of a similar magnitude creates a 33 cent opportunity for exporters from other markets. By contrast, the import elasticity of a dollar’s worth of government consumption is just 14 cents, according to the World Bank.

True, the International Monetary Fund is predicting a 2.2 percent jump in rich countries’ output in 2014, a four-year high. But faster GDP growth doesn’t mean much faster import growth. Wages are stalling, and a surge in corporate investment is unlikely when the U.S. Federal Reserve’s trimming of its asset-purchase programme is pushing interest rates higher. Real interest rates will also rise in the euro zone if deflation takes hold.

In Citigroup’s estimate, exports by emerging markets would struggle to get back to the pre-crisis trend growth of 9.5 percent, from 5.75 percent at present. Fading commodity sales to China and declining foreign interest will be tough for some countries. Capital outflows could be particularly vicious for economies where fiscal imbalances have worsened, governance has deteriorated, and companies or households have gone on a debt binge.

Argentina may have been the first emerging market to court trouble this year, but it may not be the last. And if policymakers raise interest rates to fight capital outflows, global investment sentiment might lose even more of its end-2013 cheerfulness.

The Chicago Board Options Exchange index of volatility in emerging market exchange traded funds jumped a further 4 percent on Jan. 27, extending the fear gauge’s 21 percent climb on Jan. 24. Emerging market assets have been under selling pressure since a devaluation of the Argentine peso led to a three-day, 14 percent slide in the currency.

The International Monetary Fund said on Jan. 21 that world GDP will expand by 3.7 percent this year, and 3.9 percent in 2015, accelerating from an estimated 3 percent growth in 2013. GDP growth will pick up speed in Britain and the United States, and maintain its momentum in Japan, while output in the euro zone, which shrank in 2012 and 2013, will expand by 1 percent this year, the IMF said, adding that emerging economies will grow at a 5.1 percent pace this year, faster than 4.7 percent in 2013.

The World Bank said on Jan. 14 that amidst improving prospects for global output, developing-country growth is “also firming, thanks in part to the recovery in high-income economies as well as moderating, but still strong, growth in China.” However, the tapering of the U.S. Federal Reserve’s asset-purchase programme could “throw curve balls,” the bank said.