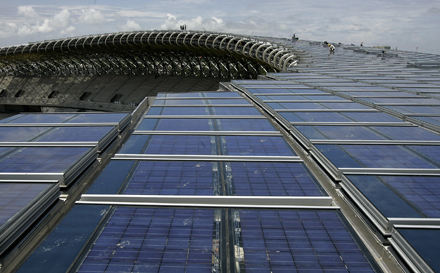 Who wants equity-like risk for a debt-like return? Investors in bust Chinese solar panel maker Suntech got something close when they bought $575 million of convertible bonds back in 2008. Even though the bonds remain unconverted, the company’s bankruptcy could leave them with pennies – little better off than regular shareholders. Yet the lessons appear to be going unheeded.

Suntech’s bonds were issued through a Cayman Islands holding company, with no guarantee from the panel maker’s onshore operations. Though it sounds risky, such structures are common in China. Getting regulatory approval to issue or guarantee an offshore bond takes time. As a workaround, most companies raise funds through a foreign holding company or subsidiary, and then channel proceeds onshore as foreign direct investment. Keen for yield, investors have mostly decided that’s good enough.

Companies have made some improvements in recent years. Some bonds now come with a “keepwell agreement”, where the issuer promises to avoid insolvency. A related innovation is that if there is a default – and the regulator approves – the onshore company automatically buys out a subsidiary, with the cash going to bondholders. Such innovations can enable companies to lower the coupon on a new issue by 0.25 percentage points, say people who have worked on such deals. Still, such promises have yet to be tested.

Investors are undeterred. Chinese real estate developers issued $5 billion of offshore bonds in January and February alone. Some used keepwell agreements. Others were guaranteed by offshore subsidiaries, though still lacking a direct link to what sits onshore. Chinese real estate is risky and in many cases, carving up onshore assets in a bankruptcy would see investors at the back of the queue.

Issuers, meanwhile, are making the most of a good thing. Shimao, a highly indebted developer, issued bonds at 6.6 percent in January, little over half what it paid for similar bonds a year earlier. Gemdale, one of the first to use a keepwell agreement in China, recently sold five-year bonds for roughly half the yield it paid on shorter-term money in July. In the hunt for yield, Suntech’s bondholders won’t be the last to get burned.

People work on the roof of the main stadium of the World Games 2009, which is made of solar panels, in Kaohsiung

Suntech Power Holdings, a Chinese solar panel maker, said on March 21 that a local Chinese court had accepted an insolvency petition from its subsidiary in Wuxi, Jiangsu province, and had appointed an administration committee.
Suntech failed to meet a $541 million payment due to overseas bondholders on March 15. It had previously agreed a two-month grace period with a majority of holders of the convertible bonds.
The company’s New York listed shares closed at $0.44 on March 21, compared with a peak of $85.16 in December 2007.