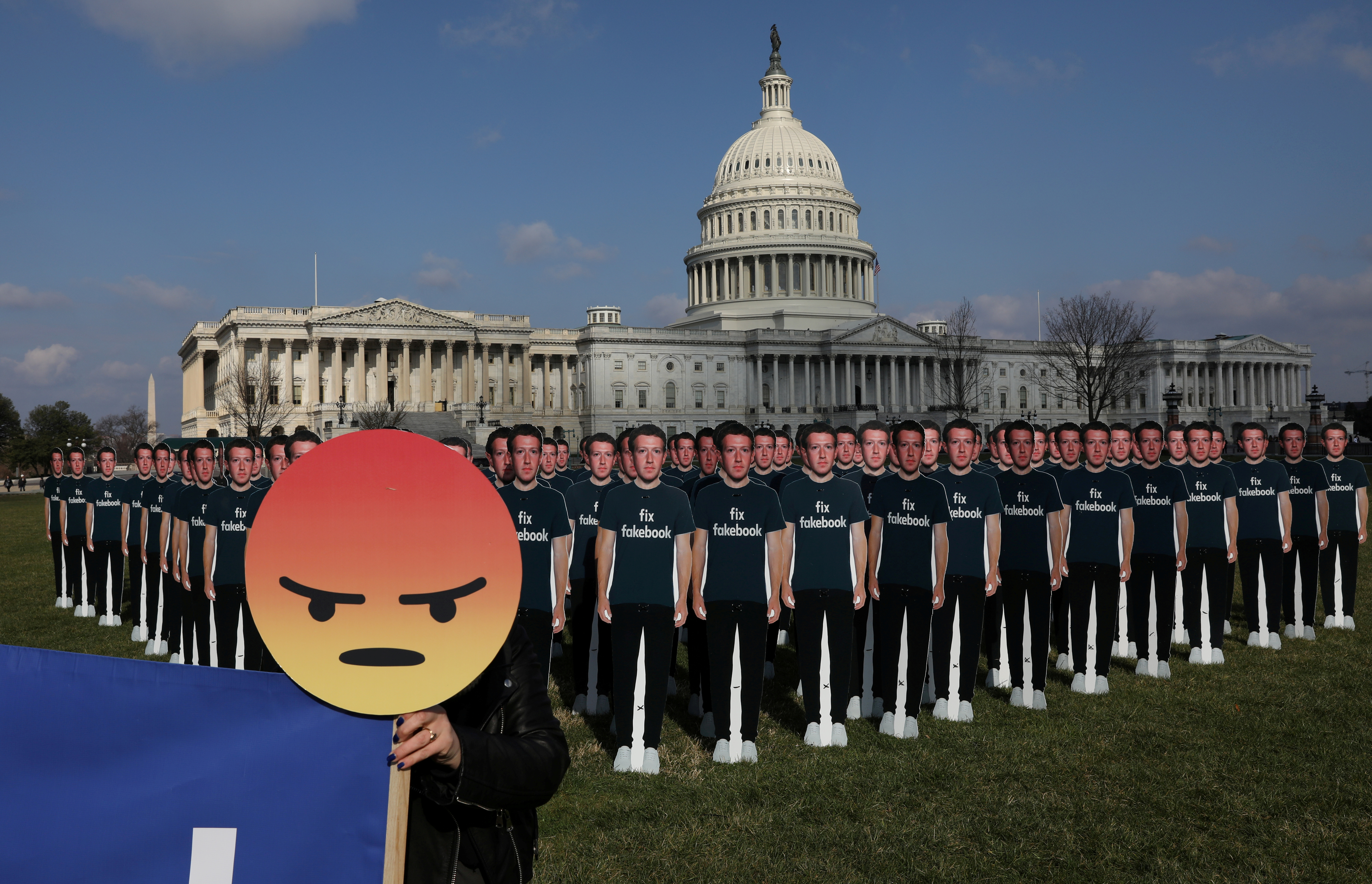 Congress wants to hold the social-media platform accountable for Russian election meddling and other concerns. That could affect a key protection for internet firms, which have broad legal immunity for posted content. Reducing it would expose them to a rash of costly lawsuits.

Chelsea Hornick-Becker of Avaaz.org holds a protest sign in front of dozens of cardboard cut-outs of Facebook CEO Mark Zuckerberg outside of the U.S. Capitol Building in Washington, U.S., April 10, 2018.

Lawmakers in the United States are examining Facebook’s relationship with Chinese telecommunications firm Huawei after the New York Times reported that the social-media platform had a data-sharing agreement with the company.

Congressional inquiries have spread to Google, which was asked to reconsider its own partnership with Huawei. In a letter to Google Chief Executive Sundar Pichai on June 20, lawmakers said it seemed Google was “more willing to support the Chinese Communist Party than the U.S. military," referring to Google’s decision to end a research project with the Defense Department.

Separately, some lawmakers have suggested revising Section 230 of the 1996 Communications Decency Act in the wake of concerns over Facebook. The legislation gives internet companies immunity from legal liability for content posted by third-party users. Section 230 says no providers of an “interactive computer service” will be treated as a publisher for third-party content.

Senator Mark Warner has suggested revising the law to make an exception for Russian election meddling. Some Republicans angry over perceived anti-conservative bias on Facebook, like Senator Ted Cruz, want to amend Section 230 to have the immunity apply to only “neutral public platforms.”