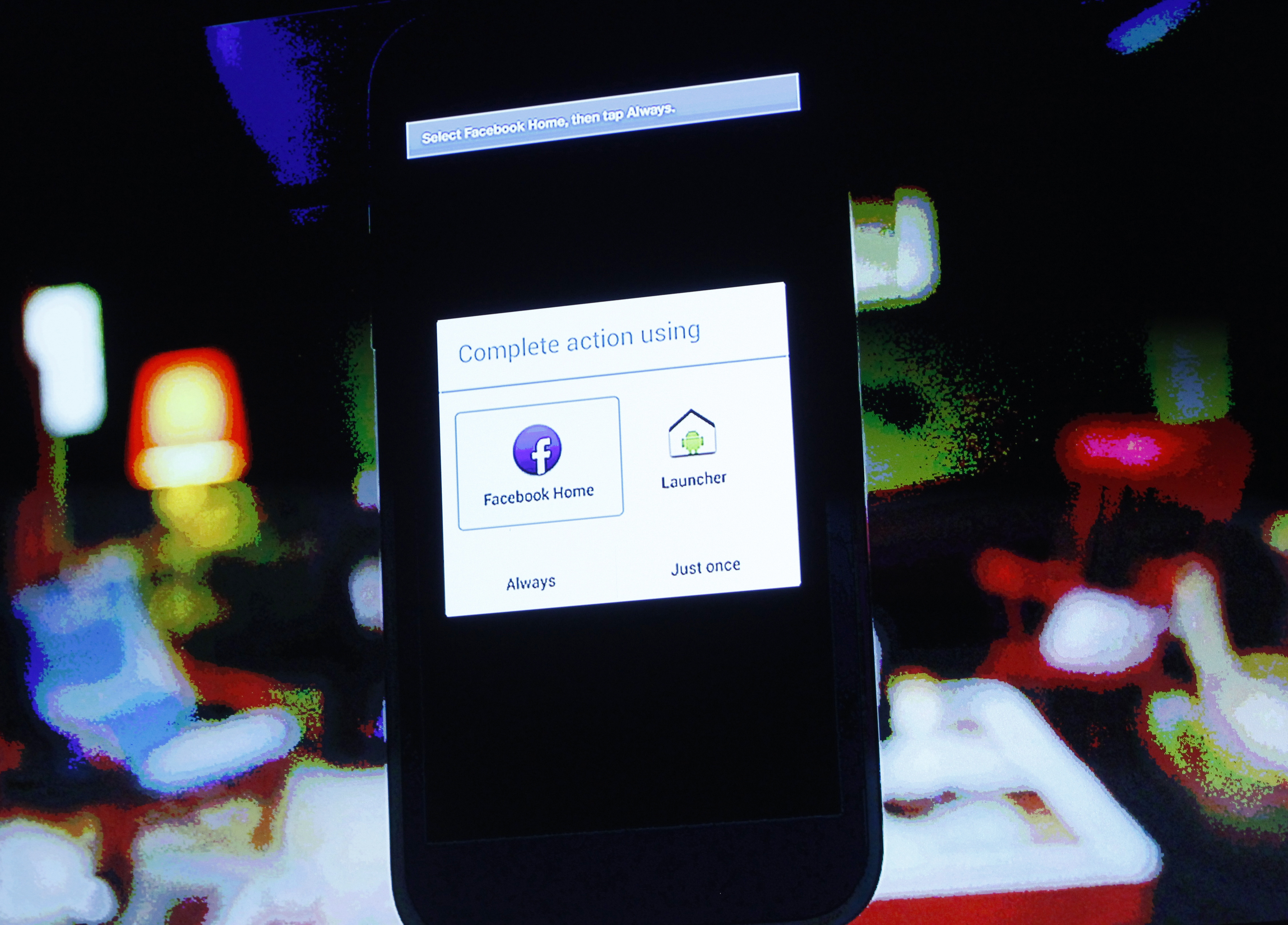 Facebook’s new super-app wants to live off Google. The social network’s Home software, unveiled on Thursday, sits on top of the Android smartphone operating system. That encourages people to use Facebook over rival services. Google built Android, but Mark Zuckerberg’s company plainly likes the idea of grabbing a piece of it.

Android came to exist partly because Google didn’t want one company, Apple, controlling the software running all the world’s smartphones and tablets. By developing its own operating system, Google could ensure that services such as Gmail, YouTube and its search engine would run smoothly on phones and tablets – and that it would collect advertising dollars.

The huge success of Android – now powering over half of all U.S. smartphones, according to Comscore – owes much to its being freely available to any hardware maker, in stark contrast to Apple’s closed approach. Now, though, just as Google marshaled the Internet through its service and made money out of doing so, Facebook’s new software largely supplants the Android interface for users.

In Home, pictures and messages from friends will appear on a device’s lock and home screen, users can text each other directly, and notifications will pop up. Other services like video and search will surely appear soon. In short, people will have more reasons and require fewer screen-taps to use Facebook’s tools than Google’s Gmail, YouTube and the like. That in turn will probably mean more advertisements served by Facebook and fewer by Google, especially considering the 680 million active monthly users that Zuckerberg’s company claims.

Google’s wariness over Facebook has increasingly morphed into active rivalry, as evidenced by the search giant’s attempts to build its own social network, Google+. Facebook in turn moved into core Google territory, launching a search service earlier this year. The nature of the Home software potentially aggravates these tensions.

Google faces limits, however, in how it can react. Restricting access to Home might annoy users and bring antitrust regulators calling. But it shouldn’t surprise anyone if future tweaks to Android make Google’s services slightly more prominent, smooth and speedy than Facebook’s. If the social network wants to take a bite out of Google, the feeling assuredly is mutual.

Facebook on April 4 unveiled its new Home software for mobile devices running Google’s Android operating system. Home acts as an interface on smartphones and similar gadgets, displaying Facebook newsfeeds and messages on a device’s home screen.
Home will be available as a download starting on April 12, and will initially work on a limited number of devices. It will come pre-installed on the HTC First handset, which goes on sale on April 12 through U.S. carrier AT&T.