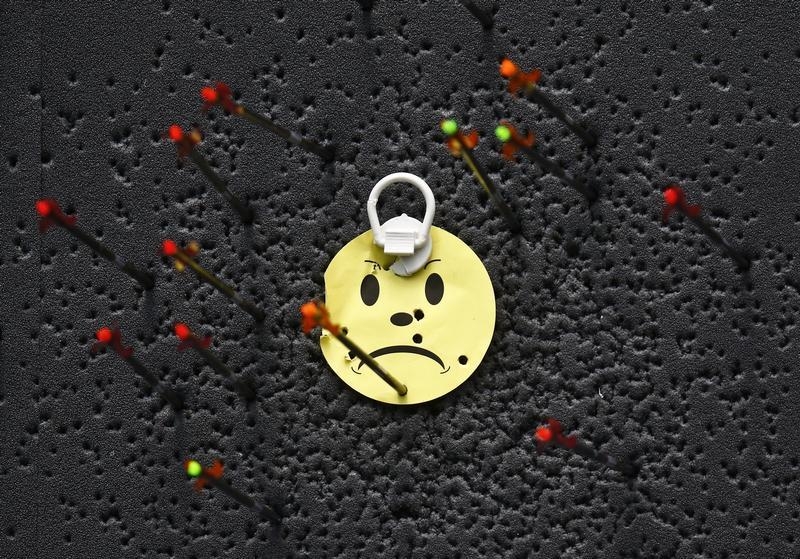 Facebook shareholders sent a curious message about the social network’s governance this week. More than half of Facebook owners not named Mark Zuckerberg clicked the corporate equivalent of a “Like” button for just three of the company’s directors. Weirdly, they seemed to prefer Gawker-hunter Peter Thiel over key executives like Sheryl Sandberg and Zuckerberg himself. It’s a brainteaser that suggests institutional investors are more inclined to tick boxes than follow their heads.

First, some background: In the weeks before Monday’s annual meeting, it was revealed that Thiel bankrolled professional wrestler Hulk Hogan’s lawsuit against Gawker, the gossip website founded by Nick Denton, for posting a sex video involving the headband-wearing brawler. A Florida jury awarded Hogan $140 million, and Gawker has since filed for bankruptcy.

Thiel’s personal vendetta against Gawker, which previously made his sexual orientation public, raised important questions about his First Amendment bona fides. That matters because Facebook is diving headlong into the publishing business, where constitutional protections on free speech are critical. Indeed, the Wall Street Journal reported Tuesday that the social-media giant is paying more than $50 million to media organizations, including this one, to produce videos for its live-streaming feed.

So it’s odd that Thiel, along with Netflix Chief Executive Reed Hastings, received 70 percent approval from investors, after stripping out Zuckerberg’s 59 percent control over Facebook’s shareholders, according to a Breakingviews analysis. The only other director to receive a majority of non-Zuckerberg votes was Erskine Bowles, President Bill Clinton’s former deputy chief of staff, at 51 percent.

Adjusting for Zuckerberg’s share, Chief Operating Officer Sandberg and WhatsApp founder Jan Koum didn’t muster a majority of minority shareholders’ approval, nor did their boss. Venture capitalist Marc Andreessen got the least support among all Facebook directors, with just 45 percent of those voting sanctioning his re-election to the board.

It’s impossible to know why shareholders voted this way. Big funds like BlackRock, Fidelity and Vanguard own 5 percent or more of Facebook apiece. Their votes are often determined by algorithms that take into account the recommendations of proxy advisory firms, which are themselves forged by qualitative factors like the independence of a director, or time served on other boards. It shows that even the most disciplined of processes can produce oddball results.

Arrows stick in a target with a smiley icon duing the warm up for the men's individual archery competition at the 1st European Games in Baku, Azerbaijan, June 22 , 2015. REUTERS/Kai Pfaffenbach - RTX1HK30

Facebook shareholders on June 20 voted to re-elect the board of directors and approve a new third class of non-voting stock. Directors Peter Thiel, a Silicon Valley investor, and Reed Hastings, the chief executive of Netflix, received 70 percent approval from shareholders other than founder and Chief Executive Mark Zuckerberg, according to a Breakingviews analysis.

With the votes controlled by Zuckerberg stripped out, Facebook COO Sheryl Sandberg and Zuckerberg himself received positive approval from less than 50 percent of other shareholders.

Among holders of regular Class A shares – which have one vote each in contrast to the 10 votes per share accorded the Class B stock held by Zuckerberg and others - 70 percent of shareholders voted against the creation of new non-voting stock.

The social-media firm is paying media companies including CNN, The New York Times and Reuters more than $50 million to create videos for its live-streaming service, The Wall Street Journal reported on June 21.