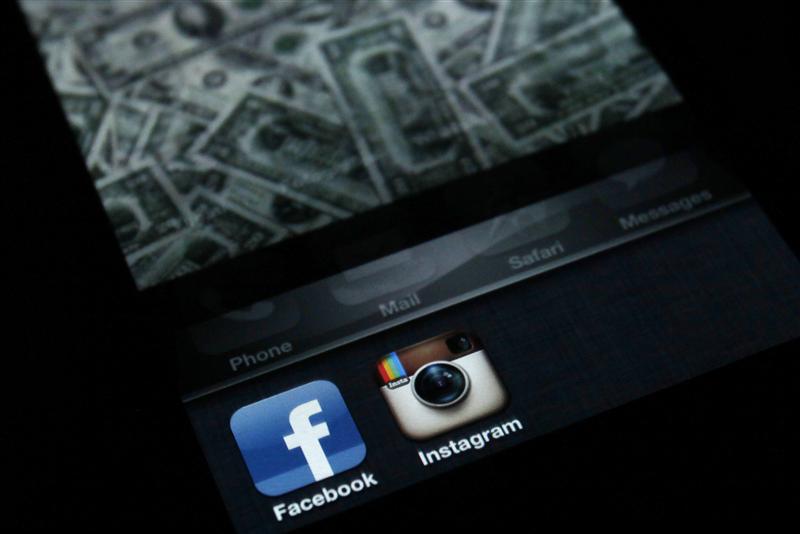 The social network agreed to pay $1 bln for the revenue-free photo sharing app last year. Even paid for in overpriced stock, the deal looked pricey. Instagram’s growth spurt – it passed 100 mln monthly users in Q1 – suggests Facebook is turning a defensive move to its advantage.

A photo illustration shows the applications Facebook and Instagram on the screen of an iPhone. Facebook announced on Monday that it will pay $1 billion in cash and stock for photo-sharing application Instagram, making its largest-ever acquisition months before the No. 1 social media website is expected to go public. The popular Instagram application, which allows users to add filters and effects to pictures taken on their smartphones, has gained about 30 million users since it first launched in January 2011. (REUTERS/Antonio Bronic)

Facebook said on May 1 it earned $219 million, or 9 cents a share, in the first three months of the year, compared to $205 million, or 9 cents a share, in the first quarter of 2012. Facebook reported revenue of $1.5 billion for the first quarter, an increase of 38 percent from the same period last year.
The world’s largest social network said it counts 1.11 billion monthly active users (MAUs) as of March 31 – 23 percent more than a year earlier. 751 million of them use mobile devices, up 54 percent. Instagram, which Facebook agreed to acquire about a year ago, passed 100 million MAUs during the first quarter.