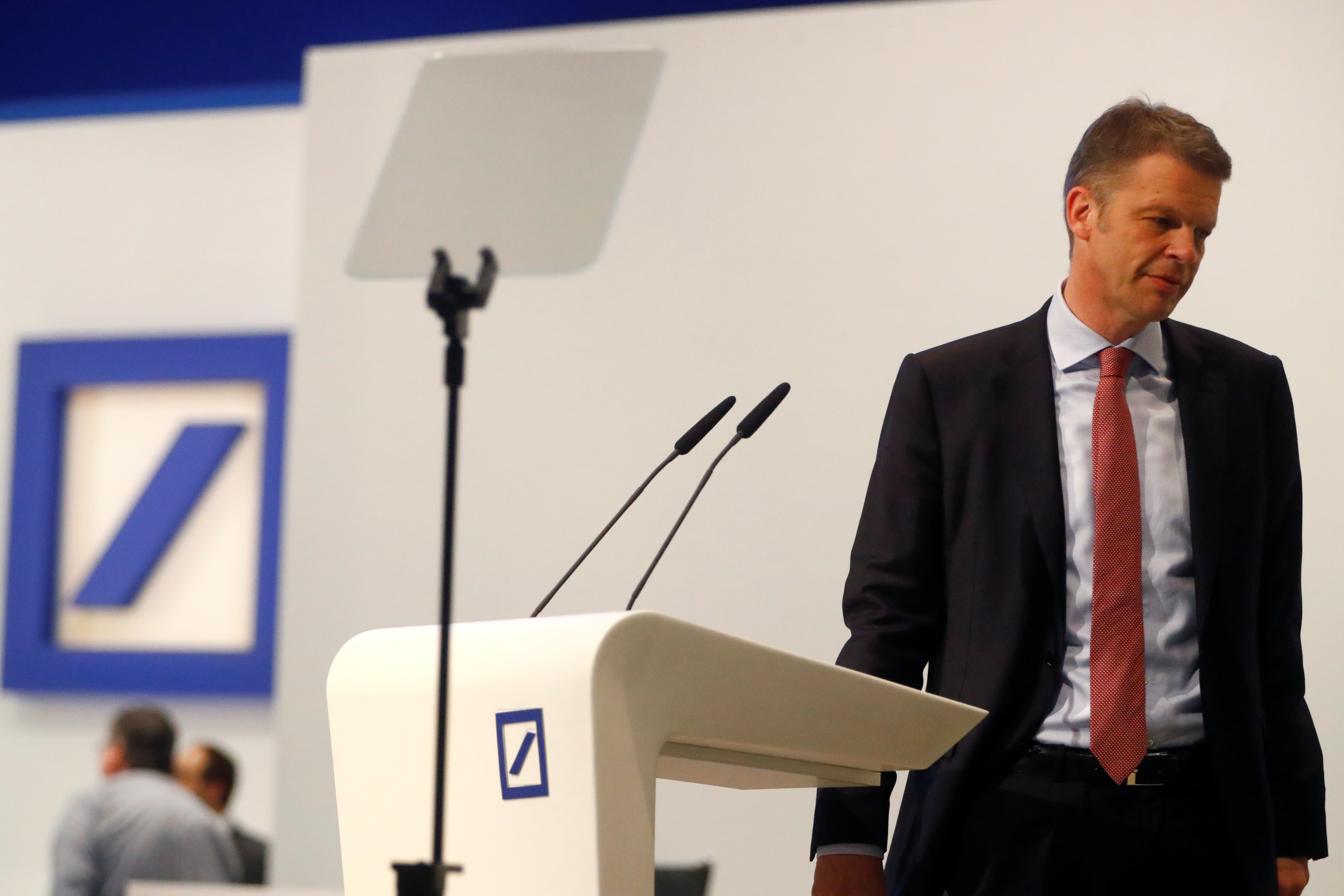 The German lender was the only bank to flunk the Fed’s annual stress test, adding to its U.S. regulatory woes. Given compliance costs, the result could force new boss Christian Sewing to shrink the bank’s American presence even further. Wall Street titans will strut higher still.

Christian Sewing, new CEO of Germany's Deutsche Bank, is seen before the bank's annual meeting in Frankfurt, Germany, May 24, 2018.

Deutsche Bank is the only firm that received an objection from the U.S. Federal Reserve in the 2018 Comprehensive Capital Analysis and Review, the central bank said on June 28. This portion of the annual stress test determines whether the 18 largest banks can return additional capital to shareholders through dividends or stock buybacks. Five foreign firms with U.S. operations participated in the exercise for the first time: Barclays, Credit Suisse, Deutsche, RBC and UBS.

The Fed said Deutsche had “material weaknesses” in its data and controls that support capital planning, in addition to problems with its approach and assumptions for revenues and losses under a stress scenario.

Deutsche said its U.S. holding company, the unit that was subjected to the stress test, “has made significant investments to improve its capital planning capabilities as well as controls and infrastructure.”

Goldman Sachs and Morgan Stanley received a conditional non-objection, which means both firms cannot increase their capital distributions to shareholders in the coming year. Capital ratios at the firms fell below required levels under stress scenarios, partly because of a one-time capital reduction from the recent U.S. tax law changes, the Fed said. “This one-time reduction does not reflect a firm’s performance under stress and firms can expect higher post-tax earnings going forward,” the central bank said.

State Street also received a conditional non-objection because of big losses on counterparty exposures under a stress scenario. The firm will have to improve management and analysis in that area.