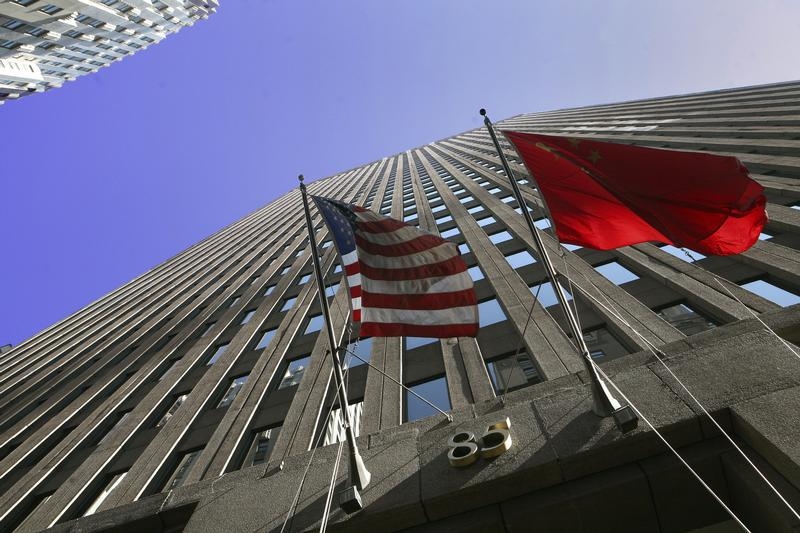 The Goldman Sachs leasing company in Shenzhen is as genuine as the Apple store in Kunming and the $5 bottle of Chateau Lafite-Rothschild in Beijing. Wall Street’s best-known investment bank has joined an illustrious list of Chinese fakes that belie a very real Chinese strength.

Think like an emerging-market entrepreneur and stealing an idea seems like a victimless crime. Neither the developer in Chongqing who ripped off an iconic skyscraper by architect Zaha Hadid nor the makers of the faux British village outside Shanghai are fooling anyone. Piracy can damage brands, for sure. Like the $30 Jimmy Choo stilettos for sale on e-commerce site Taobao, however, most counterfeits aren’t targeting consumers of the original item.

The case of the Shenzhen-based leasing company called Goldman Sachs is a bit more complex. The bank’s Chinese name translates roughly as “high and flourishing.” Perhaps the Chinese copycat simply searched online for its fairly generic name and found a handy, pre-made Anglicism, complete with logo. It happens, especially in a country where many citizens don’t read Roman characters.

China’s big problem enforcing anti-piracy laws remains troubling. Nearly two-thirds of the goods seized by U.S. Homeland Security last year were made in the People’s Republic. There is much to admire, however, about the related ability to work around systemic weaknesses to get things done. In Silicon Valley, it is often a virtue. Similarly, a keen eye for loopholes has nurtured private companies in a state-controlled economy, and funnelled lifesaving capital to companies ignored by big banks.

That pluck and ingenuity deserves more credit. If China’s readiness to bend the rules could only be channelled into more productive – and original – endeavours, it might be very powerful indeed. Then one day China might really have its own Goldman Sachs.

A company in the Chinese city of Shenzhen called Goldman Sachs (Shenzhen) Financial Leasing was named in a complaint brought by the International Union of Operating Engineers, a U.S. trades union.

The union had sent a communication on Aug. 25 to Chinese anti-corruption tsar Wang Qishan, which principally related to a case of potential corruption in the Chinese autonomous region of Macau.

Wall Street investment bank Goldman Sachs said that it had no relationship with the Shenzhen-based company, and was looking into the situation.