Not all fall down 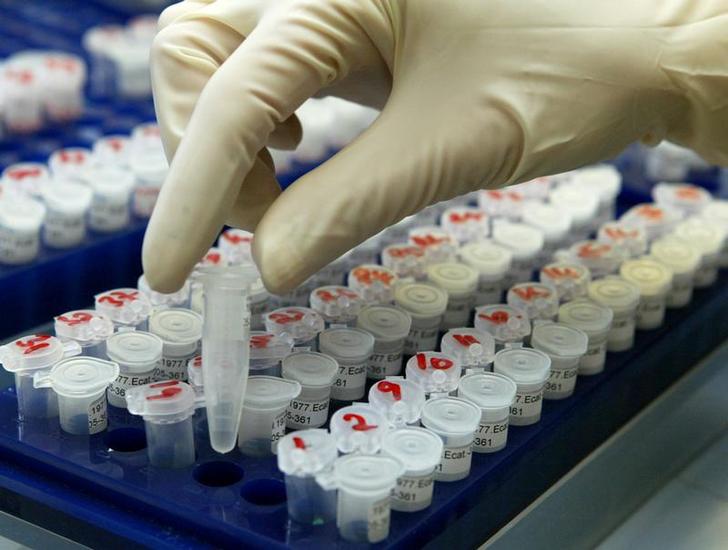 For one of the hottest industries going, biotech has a fretful bunch of investors. The throngs gathered at JPMorgan’s annual healthcare gathering are especially worried about U.S. political backlash against the rising cost of pills and therapies. A clampdown in the world’s largest market would harm drugmakers big and small. Healthcare deflation isn’t bad for all companies, though.

Pricing is dominating conversations up and down the halls of the Westin St. Francis Hotel in San Francisco’s Union Square. Companies have been trying to assuage fears. Developers of drugs for rare diseases say societies will keep rewarding innovative therapies, pointing a finger instead at opportunists hiking prices on older ones.

Big companies like Merck contend it’s mostly a messaging issue, with much of the hullabaloo revolving around what amounts to some 10 percent of all healthcare spending. Both defenses have validity, but healthcare already accounts for about 17.5 percent of U.S. GDP. The pressure to contain spending is therefore intense. That consumers pay more out of pocket for drugs than other expenses like hospitals makes the industry an easy target, and explains why the subject has become part of the presidential campaign.

The rallying cry is so loud that even good news is being overlooked. On the eve of the conference, Illumina unveiled the creation of a unit that detects mutations from cancerous cells in blood before any symptoms have appeared. The gene-sequencing equipment maker will receive royalties and retain a majority stake, with co-investors including Bill Gates and a venture fund of Amazon founder Jeff Bezos injecting cash.

The business could one day be worth more than Illumina’s $24 billion market capitalization, as catching cancer earlier tends to increase chances of survival. Investors focused more on concerns over possible false diagnoses and the test’s high cost. The shares got a small bump on the news but have retreated since.

Illumina has a solid track record and the price of DNA sequencing is falling much faster than computer chips under Moore’s Law. This has encouraged more researchers to use the technology, helping double the company’s market value over the past five years. Rivals may worry about declining prices, but it’s an opportunity for some.

Illumina on Jan. 10 announced the formation of Grail, a company that will test for most forms of cancer by detecting fragments of DNA shed by cancerous cells. Illumina will retain a majority stake in Grail, with co-investors such as Bill Gates, Bezos Expeditions and Sutter Hill Ventures retaining smaller stakes.

Illumina on Jan. 10 announced the formation of Grail, a company that will test for most forms of cancer by detecting fragments of DNA shed by cancerous cells. Illumina will retain a majority stake in Grail, with co-investors such as Bill Gates, Bezos Expeditions and Sutter Hill Ventures retaining smaller stakes.