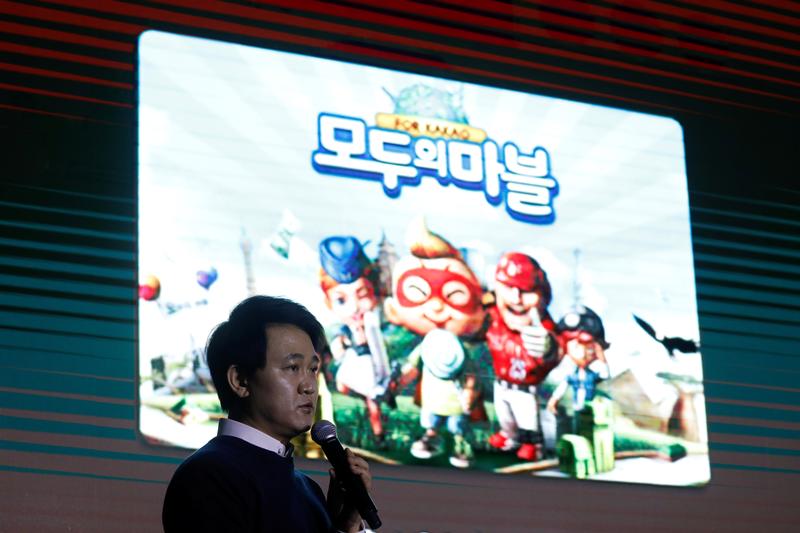 Netmarble wants a valuation of up to 65 times last year’s earnings in a $2 bln-plus IPO. The South Korean maker of online role-playing games is growing fast, and profitability is improving vastly. So that figure is not as fantastical as it looks – provided the hits keep coming.

The founder and chairman of the board of Netmarble Games, Bang Jun-hyuk, speaks during a news conference in Seoul, South Korea, January 18, 2017. REUTERS/Kim Hong-Ji - RTSW0ZJ

Netmarble Games, South Korea's largest mobile game company, said on March 20 that it wanted to raise as much as 2.7 trillion won ($2.4 billion) in an initial public offering.

The company said in a filing that it had set an indicative price range of 121,000 won to 157,000 won per share. It will offer 16.95 million new shares, about 20 percent of the post-listing total issued stock. Book-building will take place from April 11 through April 20, and pricing is set for April 24.

If the offering is priced above the midpoint of the indicative range, it would be the second-largest listing in South Korea, surpassing the 2.25 trillion won IPO of Samsung BioLogics last year.

After the IPO, the biggest shareholder will be Bang Jun-hyuk, the founder and chairman, with a roughly 25 percent stake. China's Tencent will hold about 18 percent.