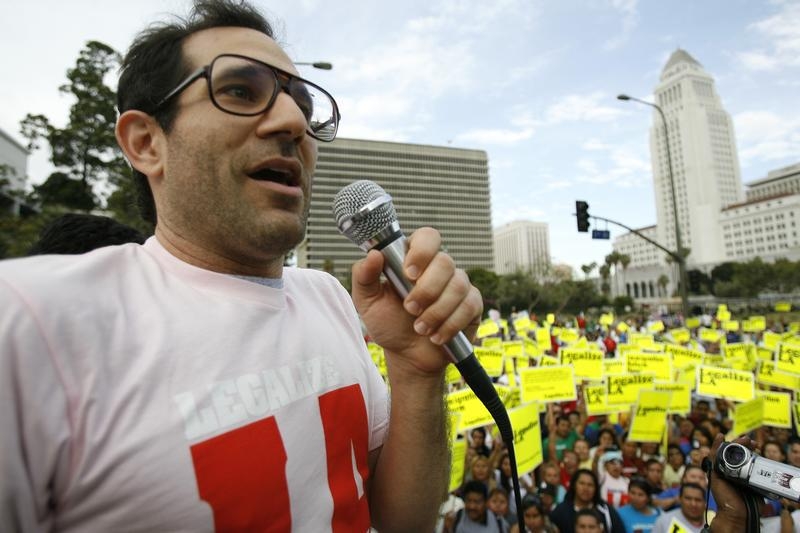 American Apparel fired Dov Charney “for cause.” It’s no sign of strong oversight, though. Allegations of the boss’s misconduct are not new. And American Apparel has been losing money for years. His role and 27 pct stake may have stayed their hand. That imperiled the company.

American Apparel owner Dov Charney speaks during a May Day rally protest march for immigrant rights, in downtown Los Angeles May 1, 2009. Groups of mostly Hispanic protesters waved flags and chanted in pro-immigration May Day rallies across the United States on Friday, but many of the demonstrations drew smaller numbers than in recent years. REUTERS/Mario Anzuoni

On June 18 clothing and accessories retailer American Apparel dismissed its controversial founder Dov Charney as chairman, effective immediately. The board also moved to fire him as chief executive officer and president as a result of an investigation into alleged misconduct that is still underway.

Charney, who has been repeatedly targeted in sexual harassment lawsuits, will be terminated for cause after a contractual 30-day cure period, the Los Angeles-based company said in a statement.

The company, known for its racy advertising and bright “Made-In-America” clothes, has named finance chief John Luttrell as interim chief executive as it works with a search firm to look for a permanent CEO. The retailer also appointed board members Allan Mayer and David Danziger as co-chairmen.