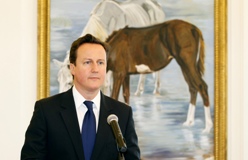 All those in favour of “grossly excessive pay rewards”, raise their hands. No takers? All right, how about everyone who approves of “a few at the top” receiving “rewards that seem to have nothing to do with the risks they take or the effort they put in”. Still no one?

That is hardly a surprise. But almost universal condemnation – now backed by these tough words of the UK prime minister and his Treasury chief secretary – does not translate into lower pay for the corporate elite.

Those at the top are certainly not suffering. IDS, an incomes consulting group owned by Thomson Reuters, the parent of Breakingviews, reported that directors of top UK companies received an average 49 percent pay increase last year. That followed a 55 percent rise in the previous year. In stark contrast, the average worker managed a 4.5 percent gain over two years.

Those receiving, and awarding, the high pay are unlikely to plead guilty to social injustice. They will say that they are merely participating in an Anglo-American trend that started in the 1980s. They’re right about the pay acceleration.

Economists Carola Frydman and Raven Saks Malloy calculate that median inflation-adjusted pay for the top three executives in U.S. companies rose only 5 percent between the 1930s and the 1970s, and by 55, 126 and 125 percent in each of the next three decades.

But no one has provided a full explanation for the shift upward, or for bosses’ real-value pay cuts between 1940 and 1949, from 24 to 17 times average earnings. Government policies – war-related curbs in the early 1940s and financial deregulation in the 1980s – probably played a role. Many explanations, however, end up with an unsatisfactory invocation of mysterious social forces.

Politicians might not be able to resist forces powerful enough to persist through financial collapse and recession. Even so, their outrage looks half-hearted. The British government has no concrete plans for legal or policy changes to make the rich truly uncomfortable. To be taken seriously, David Cameron et al need to offer more than rhetorical nudging. Solemn words are unlikely to turn the social tide.

In his New Year’s message, UK Prime Minister David Cameron said: “While a few at the top get rewards that seem to have nothing to do with the risks they take or the effort they put in, many others are stuck on benefits, without hope or responsibility”.
Danny Alexander, the Treasury chief secretary, said: “With more austerity now needed and with grossly excessive pay awards showing total disconnection from reality, we will need to look at further steps to ensure greater fairness this year”.
The Financial Times said that the government was not considering the imminent introduction of new wealth taxes.
In October 2011, the Incomes Data Service, a consulting group, reported that average total annual earnings for directors of FTSE 100 companies increased in the last financial year by 49 percent to 2.7 million pounds.