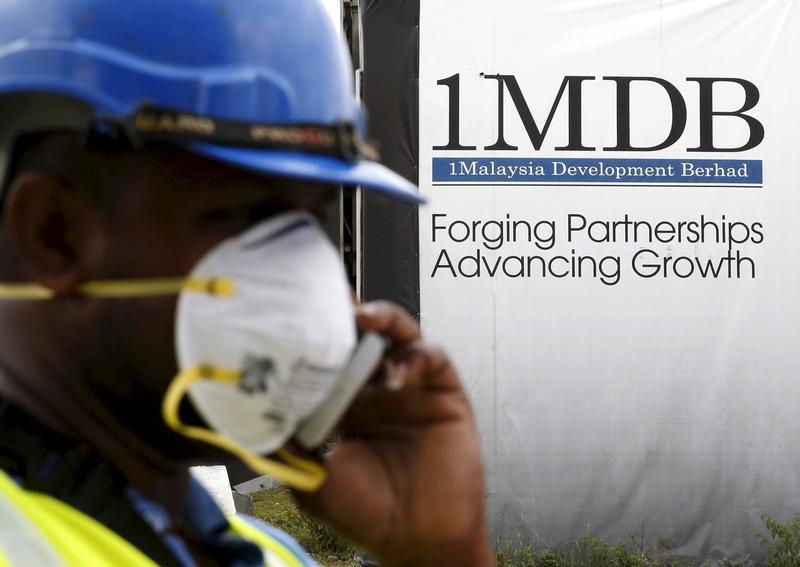 Malaysia’s sovereign-fund scandal is still hot. The U.S. Department of Justice alleges that more than $3.5 billion was misappropriated from 1Malaysia Development Berhad, known as 1MDB, over the course of several years through a web of fraudulent transactions. The legal details join the dots of the long-running controversy, with plenty of colour and grit. Everyone involved with 1MDB, from Malaysian Prime Minister Najib Razak to bankers at Goldman Sachs, should feel mighty uncomfortable.

U.S. authorities on Wednesday launched a civil campaign to seize assets worth almost one-third of the total amount allegedly siphoned off. The spoils include a Bombardier jet, artwork by Monet, an interest in EMI Music Publishing, prime real estate in Beverly Hills, and – rather aptly – the rights to the award-winning movie, “The Wolf of Wall Street”. It’s the largest such effort under the DOJ’s so-called Kleptocracy Asset Recovery Initiative.

Numerous banks are named in the complaint but Goldman Sachs’ dealings with 1MDB come out looking the worst. Of the more than $6 billion the bank raised for the fund through three bond deals in 2012 and 2013, almost half was fraudulently diverted, according to the complaint. In one case, the funds began to disappear days after they were raised. These are the same transactions for which Goldman pocketed huge fees and led one opposition politician to conclude that the Malaysian government had been “royally screwed”.

It’s also bad news for Najib. The complaint doesn’t name him, but it does reference a Malaysian official with responsibilities that match the premier’s. And his stepson, Riza Aziz, is cited as having benefited from the stolen money. That will put Najib in an awkward position. The prime minister has shored up support at home, winning recent regional elections. But the U.S. legal move is likely to embolden dissenters within the ruling party and the opposition.

The U.S. Department of Justice filed lawsuits on July 20 seeking to seize dozens of properties tied to Malaysian state fund 1Malaysia Development Berhad, saying that over $3.5 billion was misappropriated from the vehicle.

The lawsuits, filed in Los Angeles, seek to seize assets "involved in and traceable to an international conspiracy to launder money misappropriated from 1MDB".

The lawsuits allege that the offences were committed over a four-year period and involved multiple individuals, including Malaysian officials and their associates, who conspired to fraudulently divert billions of dollars from 1MDB.

None of the lawsuits named Malaysian Prime Minister Najib Razak. They did name Riza Aziz, his stepson, as a "relevant individual" in the case.