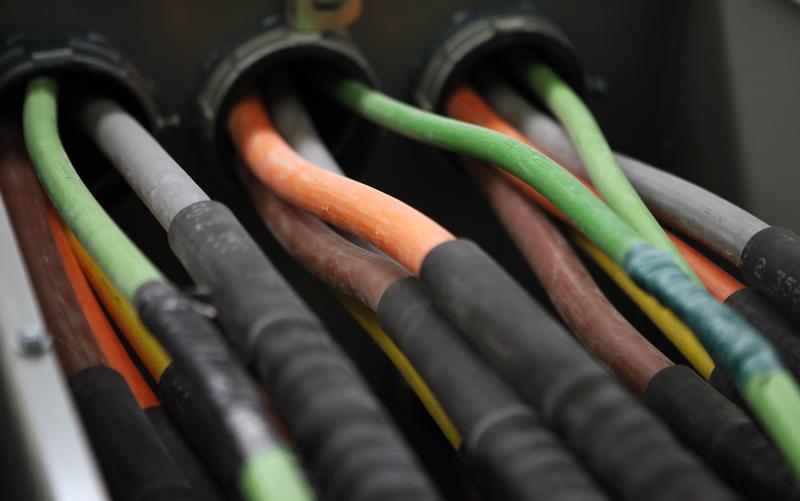 The U.S. communications watchdog will allow charges for carrying content faster but keep the internet open to all. That means data hogs like Netflix pay extra and others still get access. It’s a way to protect consumers while bowing to the need for more broadband investment.

Fiber optic cables carrying internet providers are seen running into a server room at Intergate.Manhattan, a data center owned and developed by Sabey Data Center Properties, during a tour of the facility in lower Manhattan, in New York, March 20, 2013.The 32-story building will be the largest high-rise data center in the world with 600,000 square feet (55,742 square meters) of data center floor space and 40 Megawatts of electrical capacity. REUTERS/Mike Segar

The U.S. Federal Communications Commission is expected on April 24 to propose new rules on how broadband providers treat internet data traffic. In a blog post on the FCC website, commission Chairman Tom Wheeler said the companies would be allowed to charge content providers higher fees for carrying their data faster but could not block any legal content. He added that the watchdog would not permit any “unreasonable discrimination among users.”

On Jan. 14, a U.S. appeals court struck down the commission’s old rules requiring data traffic to be treated equally by broadband providers. The Court of Appeals in Washington, D.C. ruled that the FCC lacked the legal authority to enact the regulations without first declaring broadband providers to be so-called common carriers, a status that is subject to rate regulation and other extensive oversight.

The court did, however, say the FCC had the authority to enact measures designed to encourage investment in broadband infrastructure and therefore could create rules governing how broadband providers handle internet traffic.