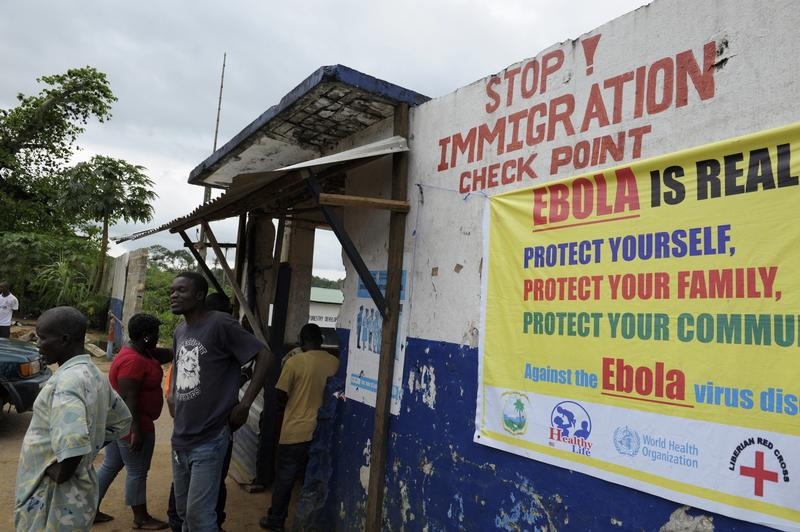 Fear is key to the economic contagion of Ebola. The gruesome disease that has claimed 1,145 lives in parts of Africa has yet to travel beyond that region’s borders. But Asia’s crisis with severe respiratory syndrome (SARS) in 2003 showed what might happen if it does. Changes to behaviour hurt growth and productivity more than the actual disease.

Asia’s SARS outbreak eleven years ago killed over 750 people, but had a disproportionate economic effect. China, Singapore and Taiwan saw restaurants and hotels empty out, and tourist flows dry up. Hong Kong suffered two quarters of negative quarter-on-quarter GDP growth and retail sales fell 6 percent year on year over the same period, according to CLSA.

Still, the effect was relatively brief. After six months of turmoil, most economic indicators were turning up again. A decade on, many Hong Kong residents talk of SARS as terrifying, but also as the last time the real estate market offered a buying opportunity.

The fallout from Ebola could be deeper. Unlike SARS, which is spread by airborne droplets, Ebola seems to infect through direct contact with bodily fluids. But what looks like a fatality rate of 54 percent is around six times the level of SARS. The ghastly features of the disease – including external bleeding – may make the perceived risk higher than the actual danger.

Poor countries, where such diseases can often take hold, are also more connected with the rest of the world than 11 years ago. Global exports of goods and services have risen 66 percent since 2003 according to the Organisation for Economic Co-operation and Development – but have more than doubled to and from non-OECD countries. China’s bilateral trade with Africa over the past twelve months, in U.S. dollars, is more than nine times what it was a decade ago.

One thing that reassures is that institutions may be better able to handle outbreaks these days. China’s government cover-up of SARS cost time and lives. Yet its recent outbreaks of bird flu were handled better. That’s important to know if a killer disease hits the world’s most populous nation. It’s too soon to judge whether Ebola will be a global problem, but in combating fear, healthy institutions are an essential first line of defence.

Ebola has killed 1,145 people since the latest outbreak of the virus was identified in March, according to figures from the World Health Organization (WHO) as of Aug. 13.

There have been 2,127 suspect, probable and confirmed cases in Guinea, Liberia, Sierra Leone and Nigeria, as of Aug. 13, according to the United Nations health agency. Those figures imply that 54 percent of those thought to be infected have died.

The WHO acknowledged on Aug. 14 that its figures may vastly underestimate the scale of the outbreak.

“While the virus has killed almost a thousand people, most West Africans will never contract the disease or know anyone who does. But Ebola’s economic impact will affect millions,” Liberia’s Finance Minister Amara Konneh wrote in the Wall Street Journal.

Ebola spreads through direct contact with the blood, secretions, organs or other bodily fluids of infected people and environments contaminated with such fluids.

The virus has an incubation period of up to 21 days. There is no licensed vaccine available.

Ebola first appeared in 1976 in two simultaneous outbreaks in Sudan and the Democratic Republic of Congo. In Africa, fruit bats are considered possible natural hosts of the virus.