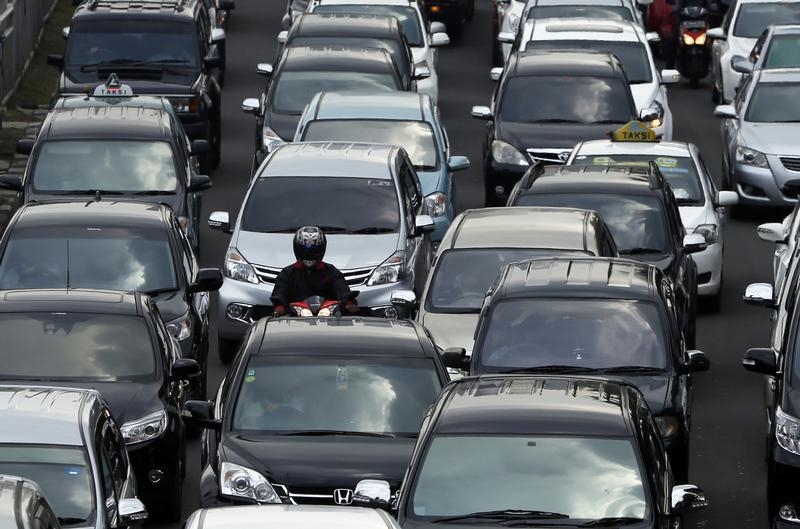 As in some other Asian countries, Indonesians pay an artificially low fixed price for fuel. The government funds the difference – currently about 5,000 rupiah (43 cents) per litre of gasoline and 6,000 rupiah for diesel.

Together with a smaller electricity subsidy, the handout is expected to cost the country $31 billion next year, according to a draft 2015 budget released last week. That’s equivalent to about 18 percent of total government spending. The subsidy leaves public finances vulnerable to fluctuations in the global oil price and the currency. And it enables households to spend more on imported consumer goods. The result is a yawning current account deficit: 4.3 percent of GDP in the second quarter. If U.S. interest rates rise next year, investors may baulk at financing the trade shortfall, just as they did in the summer of last year.

The incoming president has a reputation as a problem-solver. Tackling the subsidy would send a clear signal that he is prepared to deal with Indonesia’s biggest problems head-on. Still, it can’t be done in one go. Eliminating the subsidy entirely would trigger a 28 percent jump in retail fuel prices, which could lead to an inflationary spiral.

Some senior officials argue that a smaller fixed subsidy of 1,000-2,000 rupiah per litre would free up fiscal resources for investment while making citizens more attuned to fluctuations in the market price of imported petroleum products. Investment in public transport would also help. Jakarta, a metropolis of 10 million people, has only now begun to build a subway train network.

Persuading the two-fifths of Indonesians who earn less than $2 a day to accept steep fuel price increases is a challenge that has vexed previous governments. Removing subsidies might have to be combined with boosting social security payments to vulnerable households.

Nevertheless, the new president will need to move quickly. If he hasn’t shed the subsidy burden by the time the Fed starts raising rates, a currency sell-off could make all Indonesian imports costlier. Investors will be disappointed if populist – but eventually self-defeatist – policies mar Jokowi’s reforms report card.

Fuel and electricity subsidies are expected to cost the Indonesian exchequer 363.5 trillion rupiah ($31.3 billion) next year, or around 18 percent of the total government spending, according to a draft budget for 2015 presented by outgoing President Susilo Bambang Yudhoyono.

The final budget will incorporate the plans and programmes of President-elect Joko “Jokowi” Widodo after he is inaugurated in October.

A man on his motorcycle stands in between other vehicles in a gridlocked street in Jakarta December 11, 2013.

Fuel and electricity subsidies are expected to cost the Indonesian exchequer 363.5 trillion rupiah ($31.3 billion) next year, or around 18 percent of the total government spending, according to a draft budget for 2015 presented by outgoing President Susilo Bambang Yudhoyono.

The final budget will incorporate the plans and programmes of President-elect Joko “Jokowi” Widodo after he is inaugurated in October.