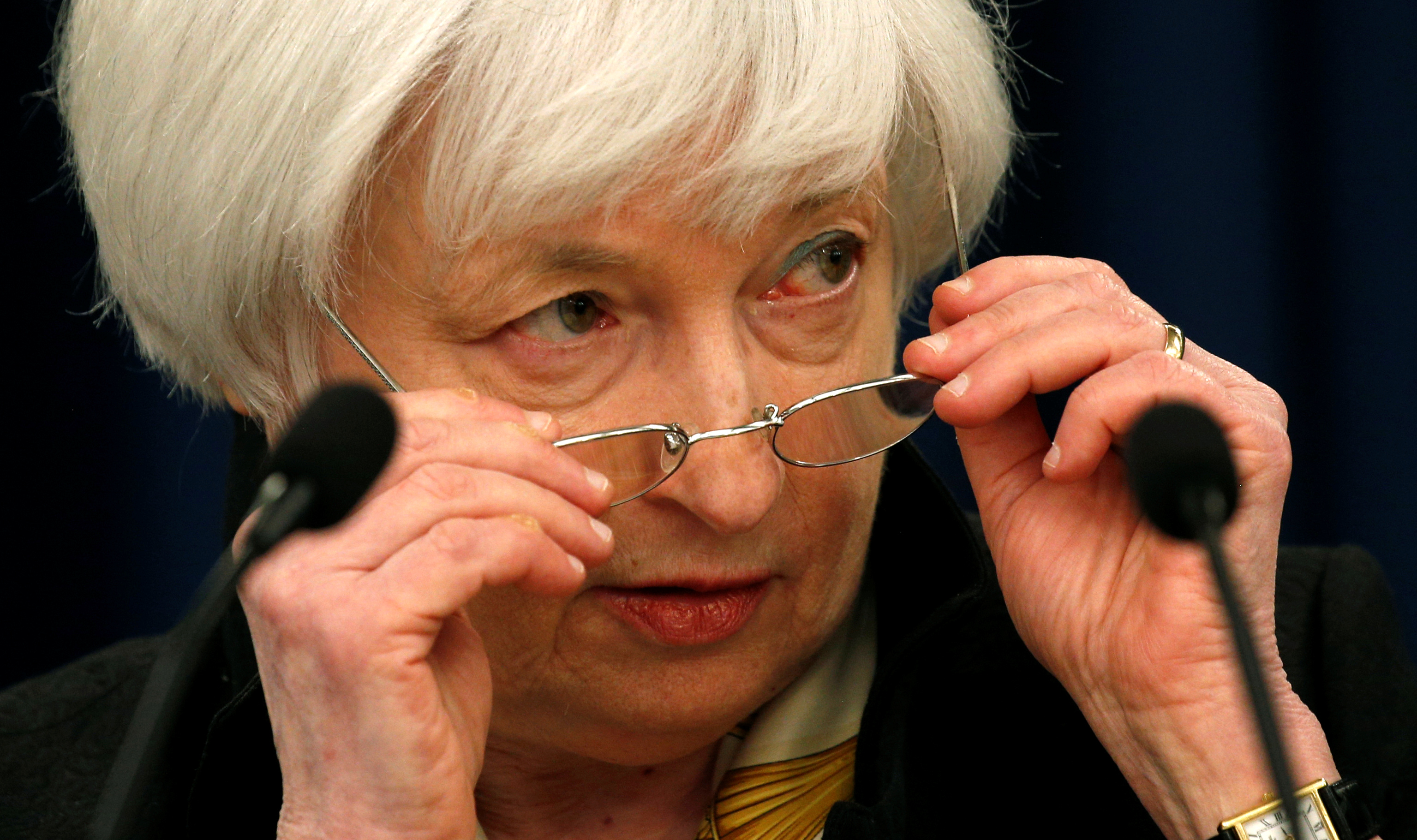 The U.S. Federal Reserve is still enabling financial markets. The central bank on Wednesday again declined to raise rates, despite recent remarks from Chair Janet Yellen suggesting an increase was becoming more likely. The Fed counts talking to the market – what it calls giving “forward guidance” – as one of its tools, but the story has changed so often that Yellen and her colleagues might do better being less chatty.

The Fed initially signaled four rate hikes in 2016 after raising the range for the federal funds rate to 0.25 percent to 0.5 percent last December, the first increase since the financial crisis. Falling unemployment and an improving housing sector helped push the central bank to make the move. At that time, the jobless rate was at 5 percent. U.S. GDP increased by 2.4 percent last year.

In March, rate-setting officials scaled back the central forecast to two hikes this year. GDP growth had fallen to a tepid 1.1 percent in the first quarter and despite signs of labor-market tightening, the central bank’s 2 percent inflation target was nowhere in sight. Yellen said the slowdown in the global economy warranted caution.

Maybe that remains the case, but central banks around the world are facing questions about the continued effectiveness of loose policy given that in many markets interest rates are already ultra-low or in negative territory. The Bank of Japan tried another tack with its decision earlier on Wednesday, saying it would aim to keep 10-year government bond yields at zero.

Moreover, the U.S. economy is in better shape than the rest of the world. That is most evident in the healthy pace of job growth, which averaged 232,000 new positions over the last three months, and an unemployment rate of 4.9 percent. In late August, Yellen said the case for a rate hike had “strengthened in recent months.”

She hasn’t yet followed through. The Fed’s latest forecast shows just one increase this year. In its statement, the bank said the case for higher rates was stronger but it wanted to wait for more evidence of progress. The central bank’s story morphed once again. No wonder Third Point hedge-fund founder Dan Loeb, speaking at a Reuters Newsmaker event earlier on Wednesday, argued that loose monetary policy was like a drug and “we must take the crack pipe away.”

During a two-day meeting that ended on Sept. 21, the U.S. Federal Reserve decided to keep short-term interest rates steady in the 0.25 percent to 0.5 percent range. The central bank last raised rates in December 2015, its first hike since the 2008 financial crisis.

The next FOMC meeting starts on Nov. 1.

During a two-day meeting that ended on Sept. 21, the U.S. Federal Reserve decided to keep short-term interest rates steady in the 0.25 percent to 0.5 percent range. The central bank last raised rates in December 2015, its first hike since the 2008 financial crisis.

The next FOMC meeting starts on Nov. 1.