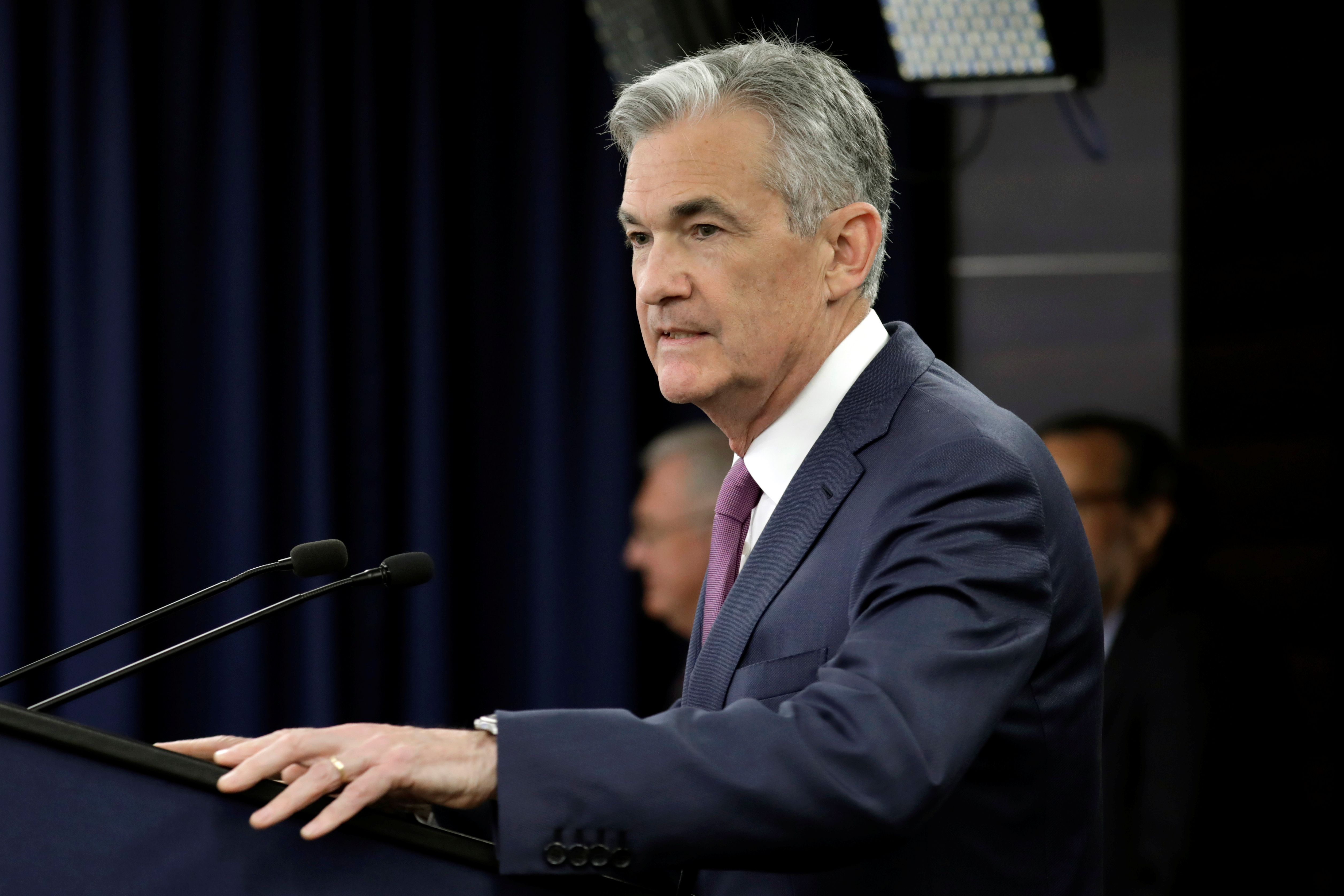 Neither firm can boost buybacks or dividends after their leverage ratio fell below the stress-test minimum. A one-time hit from last year’s tax changes caused it. But Amex, JPMorgan and others handled that smoothly. The two Wall Street banks are lucky the Fed didn’t flunk them.

Federal Reserve Board Chairman Jerome Powell speaks at his news conference after the two-day meeting of the Federal Open Market Committee (FOMC) on interest rate policy in Washington, U.S., June 13, 2018.

Goldman Sachs and Morgan Stanley on June 28 received a conditional non-objection to their plans to return capital to shareholders in the Federal Reserve’s 2018 Comprehensive Capital Analysis and Review, otherwise known as the stress test.

Neither firm was given permission to increase their overall capital distributions from the 12 months starting on July 1, compared to the same period last year: Morgan Stanley’s stays roughly flat at $6.75 billion while Goldman’s drops by more than a third, according to Royal Bank of Canada, to $6.3 billion. Both are reducing share buybacks, while increasing dividends.

The reason is that the firms’ capital ratios under stress-test scenarios fell below required levels, partly due to a one-time capital reduction from last year’s changes to the U.S tax law, the Fed said.

Goldman Sachs said the Fed allowed the bank to pay out up to $6.3 billion starting from the beginning of the third quarter of 2018 and ending in the second quarter of 2019. Morgan Stanley said it would repurchase up to $4.7 billion in shares and increase its dividend to 30 cents per share from the current 25 cents per share.

Deutsche Bank was the only one of 18 firms to fail the stress test this year.