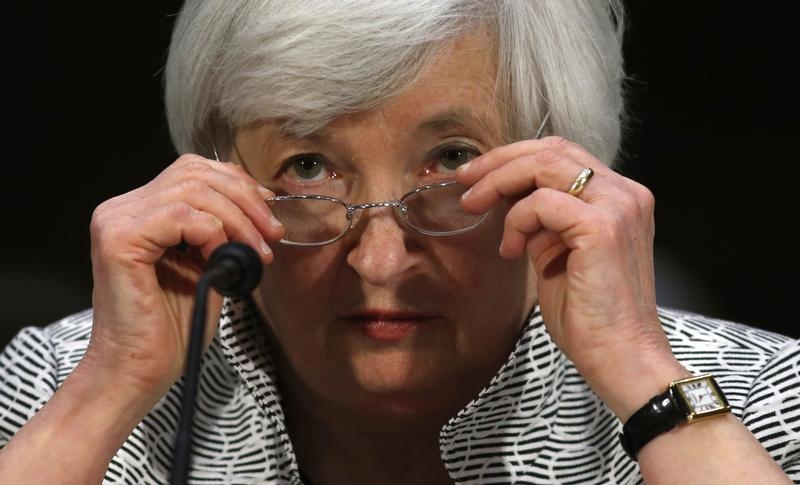 The so-called Fed model has looked off-kilter since at least the financial crisis. If the old rule that relates 10-year Treasuries and S&P 500 Index shares has any validity, tumbling bond yields mean stocks are again becoming a better deal.

In essence, the idea is that equities represent an alternative category of holding to bonds and, if their respective expected returns diverge too far, investors will switch to the one with the higher yield. The two types of yield aren’t really directly comparable. Conceptually, however, as 10-year U.S. government bond yields languish near Tuesday’s all-time low of just above 1.35 percent, S&P 500 valuations look more appealing than they did before.

As the chart illustrates, a decent Fed model relationship through the 1990s broke down somewhat in the early 2000s, with the earnings yield starting to outpace bond returns consistently. Since the 2008-09 meltdown, the gap has widened, and the forward earnings yield is now a little under 5 percentage points fatter than the 10-year note return. The distortion originates partly from the U.S. Federal Reserve’s actual model – one that has kept short-term policy interest rates near zero since the crisis. But a subdued outlook for global growth, the absence of inflation and worries over matters like the UK’s exit from the European Union have led investors to prefer safe assets like U.S. debt, pushing yields down of late.

The S&P 500 has looked cheaper relative to bonds at times over the past eight years. It is also no longer a bargain by more standard valuation metrics. A current price-to-earnings ratio approaching 20 is noticeably above the long-term average. Economist Robert Shiller’s cyclically-adjusted version, at around 26 times, is near the highs since the aftermath of the 2000 technology bust.

The real catch, however, may be the outlook for both bonds and earnings. Yields on government debt could rise sharply with the resolution of uncertainties, stronger growth or resurgent inflation. And if those don’t happen, it’s likely that corporate profits will be weaker than expected, affecting the other side of the equation.

Even so, an expected earnings yield above 6 percent on stocks still seems more alluring – even simply as protection against inflation – than clipping less than 1.5 percent on bonds. That Fed-model logic could buoy stock prices for a while yet.