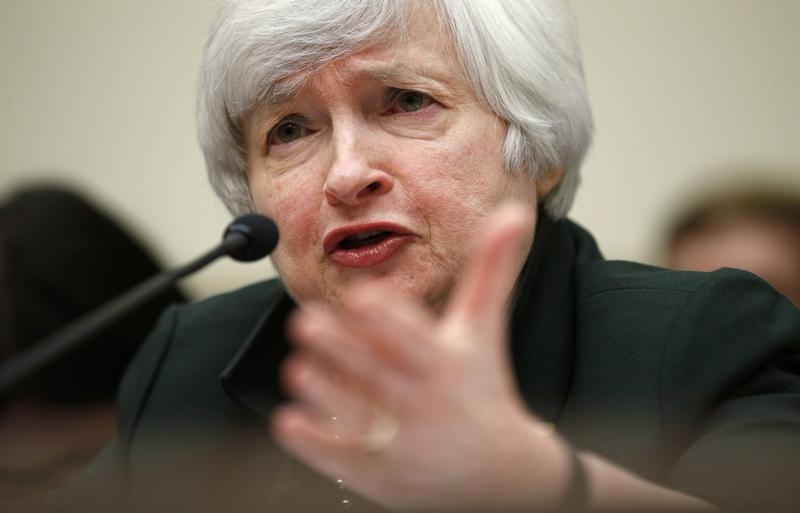 The Federal Reserve started raising official interest rates in December. But in the stress tests that large U.S. banks have to undergo, the central bank is hypothesizing that short-term Treasury yields could drop below zero. The European Central Bank and, since Friday, the Bank of Japan are trying it with policy benchmarks. Though negative U.S. interest rates are for now only in the Fed’s worst-case scenario, they are becoming a plausible downturn assumption.

The stress tests are required each year under the Dodd-Frank Act, and the 2016 parameters for big financial institutions were announced last week. They come in “baseline,” “adverse” and “severely adverse” flavors. The last is supposed to represent a severe global recession, and that’s where the Fed has told banks to model negative yields on short-term Treasury securities – emphasizing that it’s a hypothetical scenario, not a forecast.

Yet it’s no longer looking outlandish. There’s plenty for now to keep the Fed on a gradual path toward higher rates, including healthy U.S. employment and relatively steady growth. Even the uninspiring first estimate for GDP last quarter, which indicated a 0.7 percent annualized pace, still showed year-on-year expansion of 1.8 percent.

There are deepening wrinkles, though. Global market volatility should matter to the Fed only to the extent it reflects or causes real economic trouble, but the flickering of screens in real time may loom larger than that psychologically. Another concern is that actions like Japan’s decision to set a negative rate add to the reasons for the dollar to strengthen, potentially making U.S. exporters less competitive.

Either way, another downturn will eventually come to the United States, and the option of going negative may appeal to the Fed on policy grounds, whether or not Treasury yields are below zero. If Chair Janet Yellen and her colleagues haven’t managed to raise rates much by then, there may not be much juice in cutting official rates only to zero.

Yellen in November told a House of Representatives committee that if the economy took a turn for the worse, “potentially anything – including negative interest rates – would be on the table.” If the ECB, the BOJ and others have shown by then that charging depositors is even marginally effective, negative rates could shift from the severely adverse scenario into the Fed’s regular toolkit.

The U.S. Federal Reserve on Jan. 28 published the scenarios for annual so-called stress tests required of large U.S. banks under the Dodd-Frank Act.

The Bank of Japan unexpectedly cut a benchmark interest rate below zero on Jan. 29, surprising investors with another bold move to stimulate the economy.

The U.S. Federal Reserve on Jan. 28 published the scenarios for annual so-called stress tests required of large U.S. banks under the Dodd-Frank Act.

The Bank of Japan unexpectedly cut a benchmark interest rate below zero on Jan. 29, surprising investors with another bold move to stimulate the economy.