Give them an inch 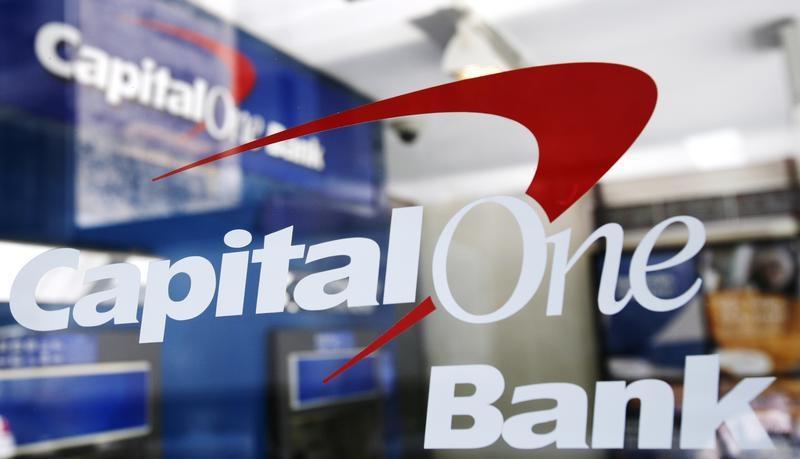 The Federal Reserve is playing with fire on bank capital. The U.S. watchdog is allowing Capital One to buy back $300 million more in stock than was initially permitted under the most recent Dodd-Frank Act stress tests last year. That’s good news for lenders, but singes the central bank’s reputation for toughness.

The buyback won’t put Capital One in danger of being undercapitalized. It represents around 0.11 percentage points of risk-weighted assets, according to Evercore ISI, and the bank passed last year’s stress test with a level of capital reserves more than 3 percentage points above required minimums. The purchase also fits squarely within a loophole that allows banks to increase buybacks under certain conditions.

What’s more, the bank can now snap up stock at just 75 percent or so of book value. That’s because recent fears about the U.S. and global economic outlook have sent lenders’ shares into a tailspin. The KBW Bank Index has fallen 17 percent so far this year, even after factoring in a 7 percent recovery in recent days.

Of course, splashing out cash in these amounts requires confidence in a bank’s prospects. JPMorgan boss Jamie Dimon has long argued that the best time for a bank to buy back stock is when it’s at or below book value. Last week, he put his own money where his corporate mouth is by purchasing more than $25 million worth of his company’s stock.

The Fed should not be too keen, though, to accommodate a bank buying spree. The whole point of the stress tests is that they monitor earnings and balance sheets over a longer time frame than just a few weeks. What’s more, the next set of stress tests, along with the determination of how much capital banks can return to shareholders over the next 12 months, are due out in just a few weeks.

Perhaps Capital One and others are making the case that they need to buy back stock now, before its value suddenly rallies. That’s a good argument, though, for the Fed to hold off on any further loosening of the rules.

Capital One said after trading closed on Feb. 17 that its board of directors has authorized the bank to repurchase an extra $300 million of stock on top of the $3.125 billion approved by the Federal Reserve in last year’s Dodd-Frank Act stress test.

The Fed did not object to the plan.

Capital One said after trading closed on Feb. 17 that its board of directors has authorized the bank to repurchase an extra $300 million of stock on top of the $3.125 billion approved by the Federal Reserve in last year’s Dodd-Frank Act stress test.

The Fed did not object to the plan.