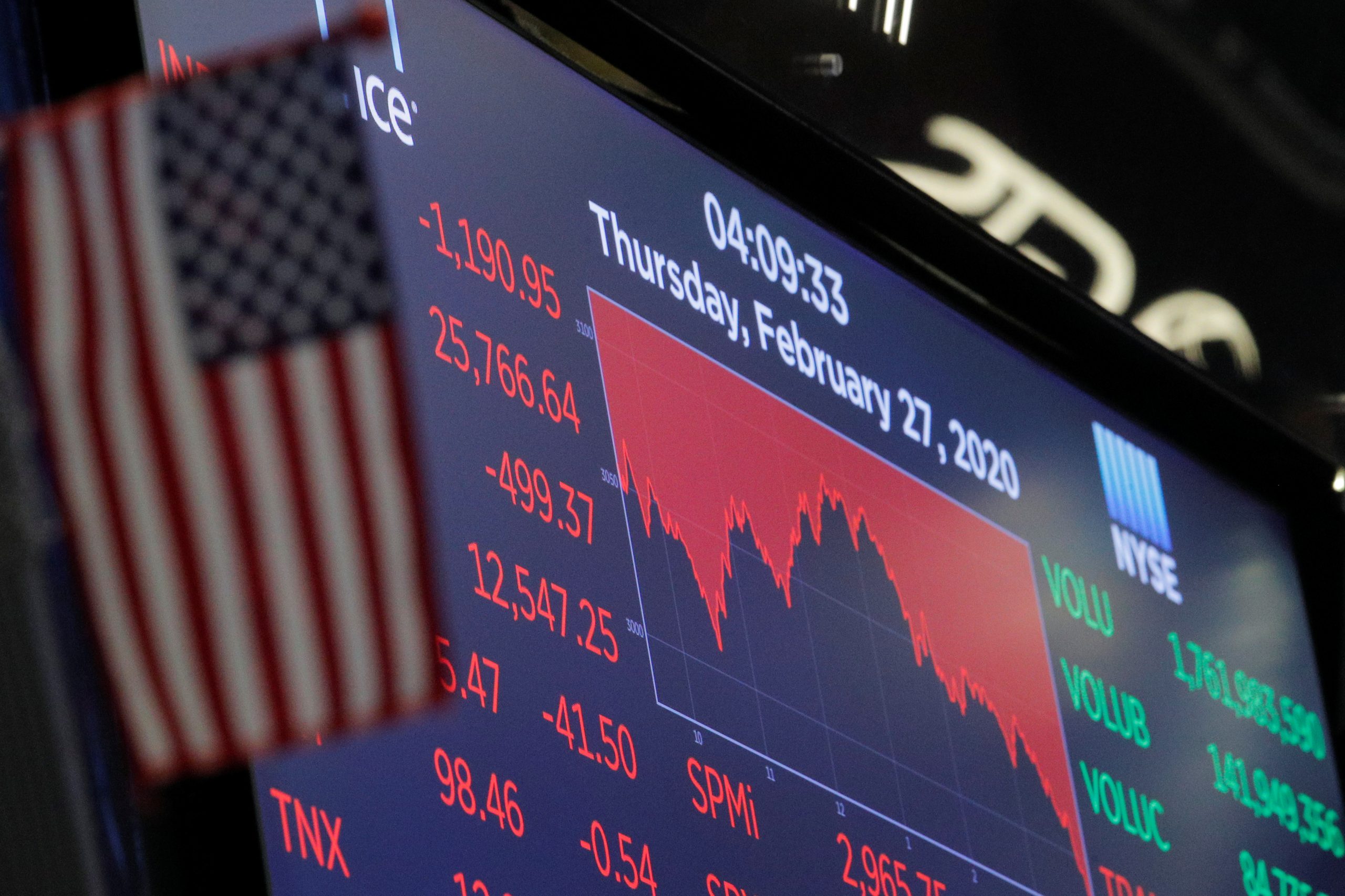 Chair Jay Powell wants to ensure an ample global supply of dollars and avoid a repeat of last week’s U.S. bond market disorder. But measures like asset purchases will at best mitigate the stress. The root of tensions is the risk of companies going bust because of the coronavirus.

The day's numbers are displayed above the floor of the New York Stock Exchange (NYSE) in New York, U.S., February 27, 2020.

The U.S. Federal Reserve on March 15 cut its policy rate to a target range of between 0% and 0.25%, from 1%-1.25% previously. The U.S. central bank also said it would buy Treasuries and mortgage-backed securities amounting to at least $700 billion in order to support employment and price stability.

The central banks of the United States, the euro zone, Canada, Britain, Japan and Switzerland on March 15 agreed to offer three-month credit in U.S. dollars on a regular basis and a cheaper rate than usual.

"The swap lines are available standing facilities and serve as an important liquidity backstop to ease strains in global funding markets, thereby helping to mitigate the effects of such strains on the supply of credit to households and businesses, both domestically and abroad,” the European Central Bank said in a March 15 statement.