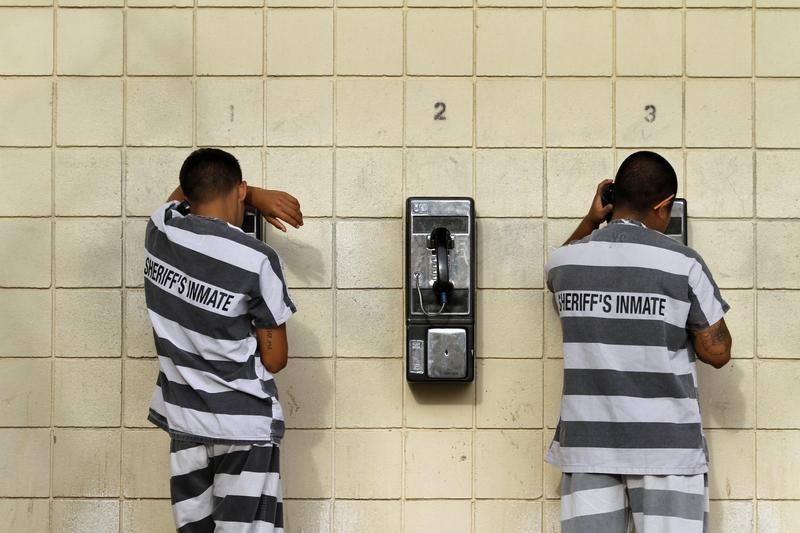 Not every Washington secret gets leaked. The U.S. Department of Justice surprised investors in the for-profit prison sector on Thursday with the news that it will phase out the use of private contractors to incarcerate federal prisoners. It’s an industry that has attracted enough questions to provoke divestment campaigns – and these can pose financial, not just moral, dangers.

Shares of Corrections Corp of America and GEO, the largest publicly traded jailers, both lost around 40 percent of their value by 2 p.m. EST in New York, wiping out over $2 billion of market capitalization.

The Bureau of Prisons – the focus of a recent critical report by the DoJ’s inspector general and of the department’s decision – accounted for just 11 percent of CCA’s revenue and 16 percent of GEO’s in 2015. Add other federal agencies, though, and roughly half of each company’s top line is at stake, even if no state customers follow suit.

Prison contracts won’t end immediately, of course, the feds could relent somewhat, and the companies concerned may find alternative business. But the message from the DOJ, amplified by investigative reports like a scathing recent exposé from Mother Jones (whose reporter became a prison guard) is that they do a considerably worse job than the government without saving any money. Both companies have also managed to structure themselves as tax-advantaged real-estate investment trusts.

Corner-cutting and abuses have brought scrutiny on the industry, along with campaigns for big investors to get rid of their holdings of for-profit prison companies. A year ago, Columbia became the first U.S. university to do so. Now the federal government is making its opinion clear, too.

As for-profit education companies have also found, the provision of a socially important service is a risky proposition. That may be the case regardless of a company’s priorities, but allowing financial objectives to dominate social ones effectively ensures it. In both sectors, the smoke of criticism has turned out to emanate from the fire of undignified practice. On incarceration the campaigners have been proven right, and it’s hard to argue that the feds are doing anything other than simply meting out appropriate justice.

This article has been corrected to show lost market value is over $2 billion, not over $3 billion in the second paragraph.

The U.S. Department of Justice on Aug. 18 said it is to reduce and ultimately end the use of privately operated prisons. The DOJ started using them about a decade ago to cope with the rapid rise in the federal prison population, which grew by 800 percent between 1980 and 2013.

In a memo, U.S. Deputy Attorney General Sally Yates said the move was in part because the federal prison population has declined to 195,000 from 220,000 three years ago. At present some 30,000 federal prisoners are in private jails. She also said, though, that private prisons "compare poorly to our own Bureau [of Prisons] facilities. They simply do not provide the same level of correctional services, programs, and resources; they do not save substantially on costs; and as noted in a recent report by the Department's Office of Inspector General, they do not maintain the same level of safety and security."

The DOJ inspector general's review of privately run prisons was released on Aug. 11.

News magazine Mother Jones published an in-depth investigation about private prisons, "My four months as a private prison guard," in its July/August edition.