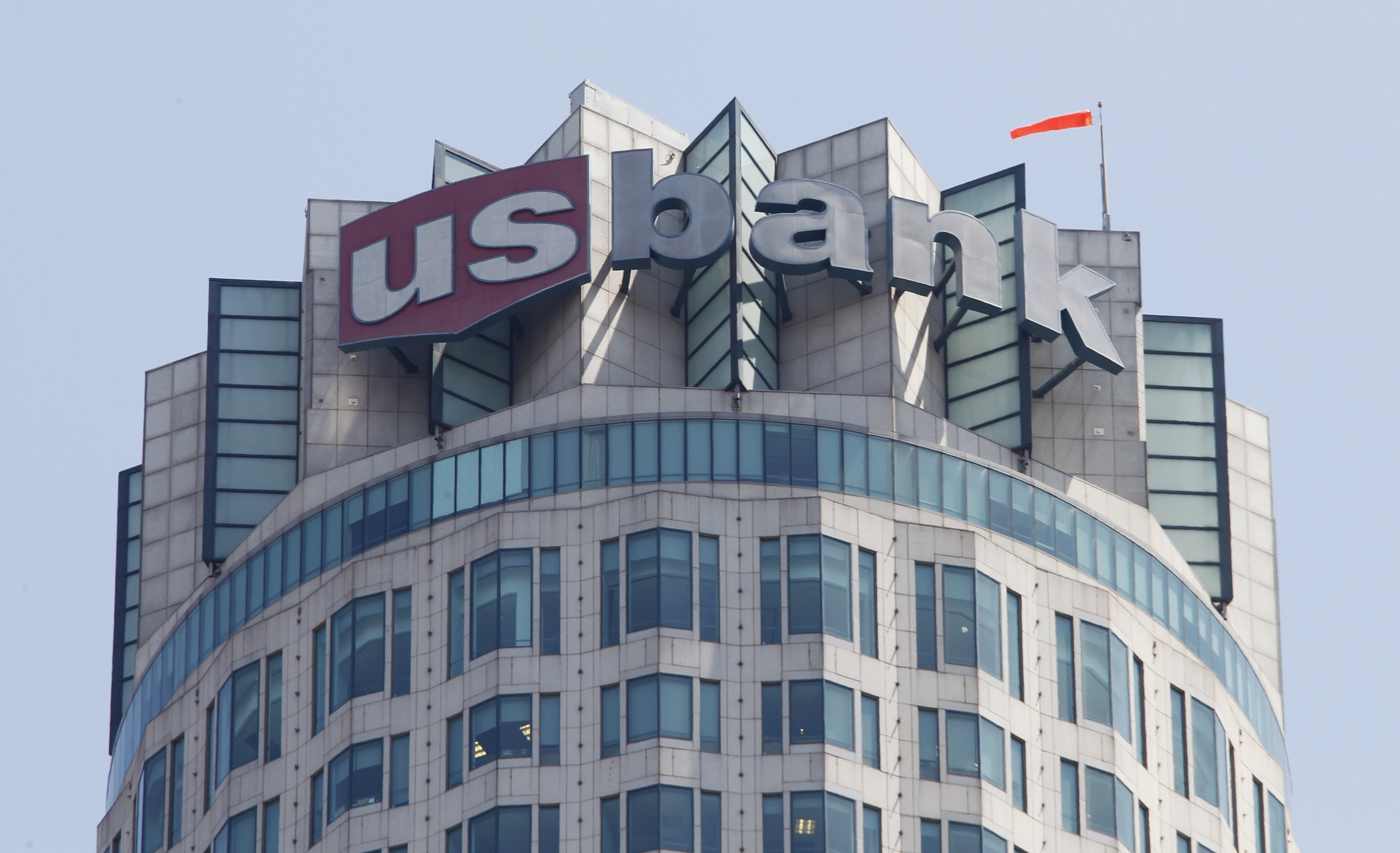 The logo of US Bank is seen atop the US Bank Tower in downtown Los Angeles July 17,2012.

Randy Quarles, the vice chairman for supervision at the U.S. Federal Reserve, on July 18 said he believes the central bank should consider relaxing regulations on some large banks.

“We know that non-G-SIBs [global systemically important banks] with more than $250 billion in assets are generally less complex and less interconnected than U.S. G-SIBs and thus pose relatively less risk to financial stability,” he told an American Bankers Association meeting in Salt Lake City. “Yet at the moment, many aspects of our regulatory regime treat any bank with more than $250 billion in assets with the same stringency as a G-SIB. I believe there should be a clear differentiation.”

U.S. Bancorp on July 18 reported second-quarter net income of $1.8 billion. At $1.02 a share, earnings just beat the consensus estimate of sell-side analysts of $1 a share. Revenue of $5.6 billion was in line with estimates. The bank’s annualized return on equity was 15.3 percent in the quarter.