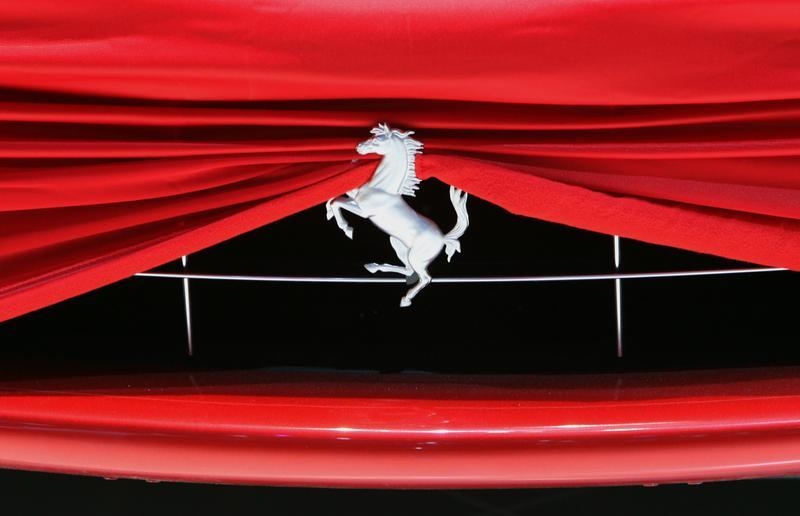 Just a month after spinning out of Fiat Chrysler Automobiles, shareholders in Ferrari have collided with reality. The stock fell around 13 percent on Feb. 2 after boss Sergio Marchionne predicted weak growth for 2016. Ferrari is still a great brand, but investors were wrong to believe Marchionne’s luxury spin.

Despite falling almost a third so far this year, Ferrari shares look expensive: they now trade on a 2016 price-to-earnings multiple of more than 19, more than twice German premium carmakers Daimler and BMW, Eikon data show. Such a rating might befit a well-established luxury goods company, but Ferrari isn’t that. At 16.6 percent of sales, its operating profit margin adjusted for one-offs is decent, but not much better than Volkswagen’s Porsche brand – which has six times the revenue.

Faltering top-line growth is what really highlights Marchionne’s earlier hubris and investors’ excessive credulity. Porsche, by way of comparison, sold 19 percent more vehicles in 2015 than the year before – three times the increase Ferrari managed. And for 2016, the Italian group is expecting volume growth of just around three percent. China is partly to blame: shipments dropped by 22 percent and the crumpling of the Chinese stock market definitely did not help.

The chairman thinks the number of Ferraris he can sell in a year could potentially rise by 30 percent to 10,000. That sounds rich. Porsche’s stellar growth shows that a brand can be successfully expanded. But it will be tough to balance exclusivity with expansion. The premium pricing of the cars, which start at $188,425 according to TrueCar data, hinges on their scarcity as well as relatively high second-hand values.

Even in a best case scenario, this requires a lot of time, investment and careful management – and more importantly, a lower valuation. Marchionne is one of the industry’s most accomplished executives, but pitching Ferrari as a luxury stock leaves some points on his license.

Italian carmaker Ferrari said on Feb. 2 it expects EBITDA, excluding one-offs, of more than 770 million euros ($839 million) in 2016, up from 748 million the previous year. It expects revenue to rise slightly to above 2.9 billion euros from 2.85 billion.

Ferrari was spun off from Fiat Chrysler Automobiles at the start of the year with an initial public offering price of $52. The shares fell 12.6 percent to $34.92 as of 1655 GMT on Feb. 2.

Ferrari said it expected net debt to be below 1.95 billion euros this year, which compares with 1.94 billion euros at the end of 2015. Shipments are seen rising to around 7,900 vehicles from 7,664. The carmaker said it would pay a dividend on 2015 earnings of 0.46 euro per share.