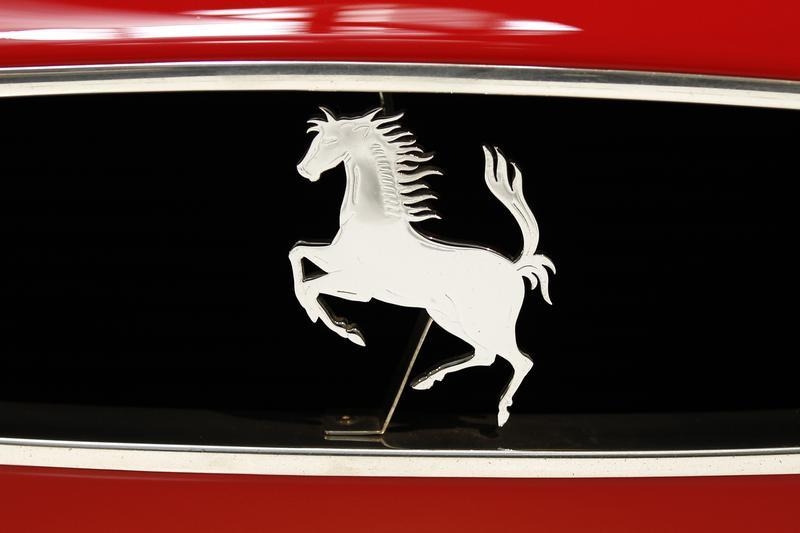 Ferrari has parked its $9.8 billion initial public offering in a hybrid spot. Shares of the high-end carmaker being spun off by Fiat Chrysler were priced at the top of the previously announced range and traded up about 10 percent early on Tuesday. That’s a better performance than most recent IPOs have delivered. But Ferrari doesn’t merit top-whack valuations commanded by luxury retailers like Prada.

Six of this month’s 10 IPOs in the United States launched below the price range marketed to prospective investors, according to Thomson Reuters. That’s up from 50 percent last month, 25 percent in August and between 10 percent and 20 percent from March to July.

The increase is due in part to shakier markets that make investors less eager to buy riskier-looking deals. Private equity-backed IPOs and tech company offerings have had an especially difficult time. China’s economic slowdown could hurt Marchionne’s hopes of enticing the growing number of multi-millionaires in Asia and elsewhere to buy his speedy automobiles.

Ferrari does, though, have loyal customers, with 60 percent of each year’s buyers having purchased the cars before. Its debt is also manageable, unlike that of many companies owned by private equity firms. And it has decent earnings. Preliminary third-quarter results show profit growing faster than revenue and an EBIT margin of almost 20 percent – up from 16 percent in the first half of the year.

Matching the lofty multiples of luxury retailers, though, is hard to justify. Investors have at least denied Marchionne the $12 billion market cap he was aiming for. Research and development costs need to stay high for Ferrari to keep pace with Porsche and other rivals. And Marchionne must prove that he can sustain earnings and margins growth. Annualized EBITDA of 750 million euros for the first nine months of this year needs to increase by a third to hit the longer-term target he has set.

The carmaker’s zippy valuation of almost 16 times last year’s EBITDA – putting Daimler’s five-times multiple to shame – suggests shareholders may believe he can get there. For now, though, having Ferrari speed along in the middle lane may be a better option.

Ferrari launched its initial public offering on Oct. 21 with the first trade at around $60 a share before dropping to around $56 a share by 10 a.m. Eastern. The luxury carmaker priced the IPO at $52 a share, the top of the range it had indicated during its marketing road show.

Ferrari launched its initial public offering on Oct. 21 with the first trade at around $60 a share before dropping to around $56 a share by 10 a.m. Eastern. The luxury carmaker priced the IPO at $52 a share, the top of the range it had indicated during its marketing road show.