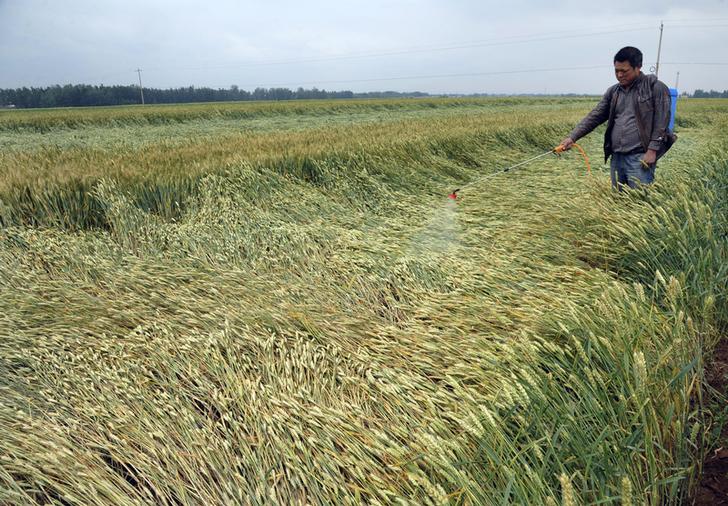 U.S. nitrogen giant CF Industries is sizing up $6 bln Dutch rival OCI. A combination could bring tax and other savings. CF got the timing right when it bought rival Terra in 2010. This time, prices are falling and new supplies arriving. The M&A enthusiasm looks excessive.

A farmer sprinkles chemical fertilizer as he tries to reduce damage on his wheat field brought by heavy rainfall, May 27, 2013.

U.S. fertilizer manufacturer CF Industries and Dutch rival OCI said on July 20 they are holding discussions about a potential deal.

CF shares gained almost 10 percent on July 17 following media reports of the talks, but declined nearly 6 percent after they were confirmed. OCI’s shares gained more than 12 percent in European trading on July 20.

The talks come less than a year after CF and Norway’s Yara International failed to agree on a possible $27 billion deal to merge.