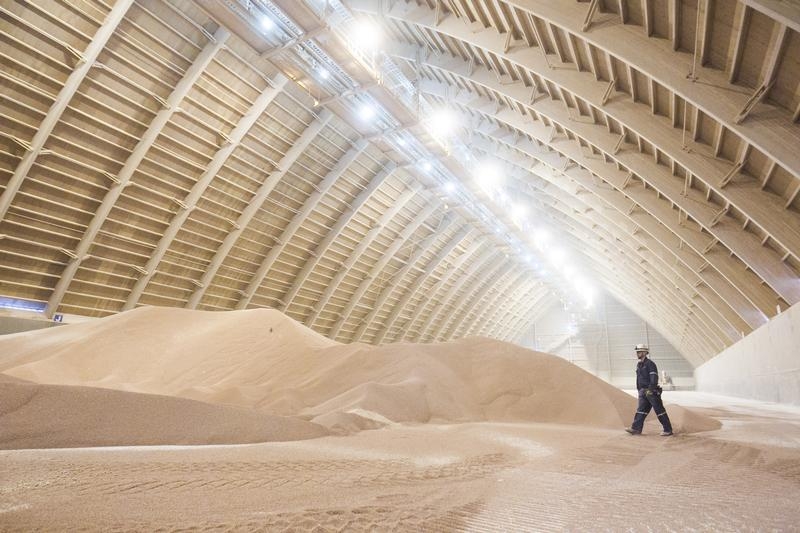 It’s a rare corporate love-in. Potash Corp of Saskatchewan and fertilizer peer Agrium have agreed a merger of equals worth $36 billion in enterprise value. Monday’s straightforward, nil-premium deal is a contrast to other recent attempts at industry mash-ups, which gave off a whiff of exuberance before collapsing.

Potash shareholders will receive 52 percent of the shares in the combined company. Agrium investors will own the rest, reflecting the relative market capitalizations of the two companies before they confirmed deal talks last month. No cash will change hands. And leadership will be evenly split, with Potash boss Jochen Tilk and his Agrium peer Chuck Magro becoming executive chairman and chief executive, respectively, and both camps getting equal board representation. It looks remarkably like a genuine merger of equals.

Past industry consolidation attempts have been more complex, less amenable, or both – from mining giant BHP Billiton’s abortive $39 billion hostile bid for Potash in 2010, to an abandoned tax inversion between CF Industries of the United States and OCI of the Netherlands this year. In the broader agricultural sector, the planned $130 billion merger of chemical giants Dow and DuPont comes with an extra twist, a three-way breakup, while U.S. seed specialist Monsanto is demanding a big cash premium from German would-be acquirer Bayer.

A friendly, balanced merger of two domestic fertilizer companies looks prosaic by comparison. The partners expect to wring out $500 million of costs annually within two years. That’s worth $3.5 billion, or roughly 13 percent of their current combined market value, assuming the increased profit is taxed at 30 percent and capitalized on a multiple of 10. The all-share transaction means both sets of investors stand to achieve additional upside when the fertilizer market recovers from an ongoing slump.

Antitrust concerns could be a spoiler – the combined company would be the world’s top supplier of potash by capacity, and it will continue to participate in Canpotex, one-half of a former global supply duopoly for the commodity. There’s also no guarantee the two cultures will meld as easily as the deal terms suggest, although it helps that both companies are based in Canada. Assuming those wrinkles can be overcome, though, there’s a lot for shareholders to like.

Chris McKay, PotashCorp load-out supervisor at the Cory Mine, examines potash inside one of the storage facilities near Saskatoon, Saskatchewan October 10, 2013.

Potash Corp of Saskatchewan and Canadian fertilizer peer Agrium on Sept. 12 said they had agreed to combine in a deal worth about $36 billion, including debt.

Potash shareholders will hold 52 percent of the combined company, while Agrium shareholders will receive 48 percent. The split matches the relative market capitalizations of the companies on Aug. 29, the day before they announced they were in merger talks.

Potash Chief Executive Jochen Tilk will become executive chairman of the combined company, while Agrium boss Chuck Magro will serve as chief executive. The board of directors will initially be evenly split between representatives of both companies.

Potash and Agrium said they expected the deal to generate $500 million of annual cost savings within 24 months. They expect the tie-up, which requires shareholder and antitrust approvals, to close in mid-2017.