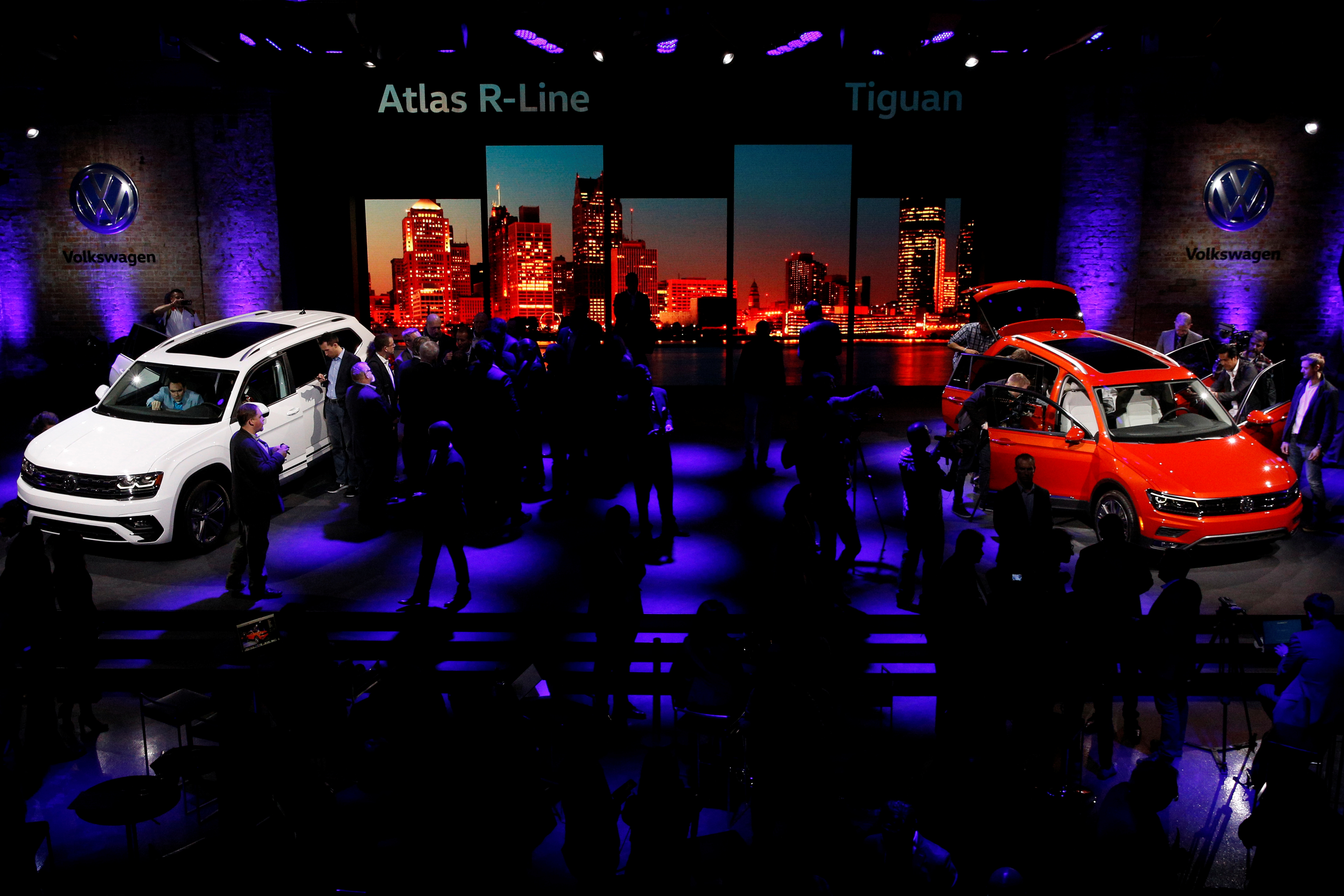 The surge in sales of U.S.-made trucks and SUVs is boosting the two automakers’ profit and stock prices. It should also help keep the “America first” president-elect at bay. Longer-term challenges, though, are keeping most carmakers’ valuations deflated.

The 2018 Volkswagen Atlas (L) and Tiguan are unveiled during the North American International Auto Show in Detroit, Michigan, U.S., January 8, 2017.

General Motors Chief Executive Mary Barra said on Jan. 10 that full-year earnings for 2016 should be at the high end of the guidance the company had previously given of $5.50 to $6 a share. She also said GM is targeting earnings of between $6 and $6.50 a share for 2017.

Rival Ford Motor said in November that it expects its pre-tax profit to fall in 2017 as it invests in electric and self-driving vehicles as well as in car-sharing technology.

Shares of Fiat Chrysler Automobiles have risen nearly 50 percent since Nov. 7, 2016, the day before the U.S. presidential election. GM shares are up 16 percent, and Ford stock has gained 11 percent.

Ford is upgrading its F-150 pickup truck as well as bringing back the Bronco, an SUV it last built in 1996, and the Ranger pickup truck which has not rolled off U.S. production lines since 2011. Nissan unveiled the Rogue Sport, a brand to be sold in what used to be a sedan segment. General Motors rolled out the next version of the Chevrolet Traverse and the GMC Terrain.