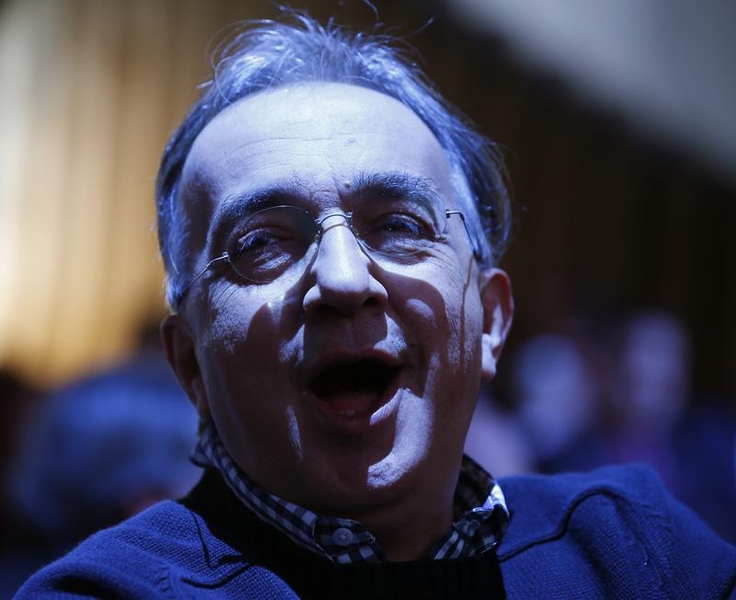 Sergio Marchionne is fighting for automobile industry mergers with one hand tied behind his back. The Fiat Chrysler boss argues consolidation will reduce expenses, improve shareholder returns and better prepare carmakers for a boom in assisted and driverless cars. General Motors has already rebuffed his approach, according to the New York Times, in part perhaps because such deals are messy, complex and distracting. Marchionne doesn’t help his cause, though, by playing down the scale of potential cost cuts.

He laid out a strong but surprisingly public case for mergers last month, arguing that about half the capital spending on new car development duplicates rivals’ efforts. The waste, he said, stops the industry from beating its cost of capital and causes auto stocks to trade at low multiples.

Yet he pegs the maximum amount of synergies from potential deals at just 4.5 billion euros ($5 billion) a year. That’s almost 2 percent of total industry sales, roughly what Daimler and Chrysler reckoned they could trim in their ill-fated 1998 merger. Applying the figures to a GM-Fiat Chrysler tie-up would imply a 2014 pre-tax margin of 6.4 percent for the combined company, excluding one-off items.

That easily beats the 1.75 percent Marchionne managed last year, but it’s not much more than what counterpart Mary Barra achieved at GM. It would take several years to accomplish, too. Meanwhile, Detroit’s biggest carmaker, presumably the buyer, would be saddled with lower returns and higher debt and have few benefits to look forward to.

When a GM-Chrysler merger was mooted in 2008, cost cuts were estimated at $10 billion. Factor in meshing Fiat and GM-owned Opel in Europe, and the figure could hit $15 billion or more. That would be worth almost $100 billion to shareholders, once taxed, capitalized and discounted – more than the two companies’ current market value. The resulting pre-tax margin of 10 percent could make the deal more than a little enticing.

General Motors rebuffed an offer from Fiat Chrysler boss Sergio Marchionne to discuss a possible merger, the New York Times reported on May 23. According to the newspaper, Marchionne sent a detailed email to GM Chief Executive Mary Barra in the middle of March outlining his thoughts and requesting a meeting. He was turned down.

Marchionne used his company’s first-quarter earnings conference call on April 29 to lay out publicly his case for industry mergers. A deal between Fiat and another major automaker could save the combined company up to 4.5 billion euros without cutting staff or brands, he said.