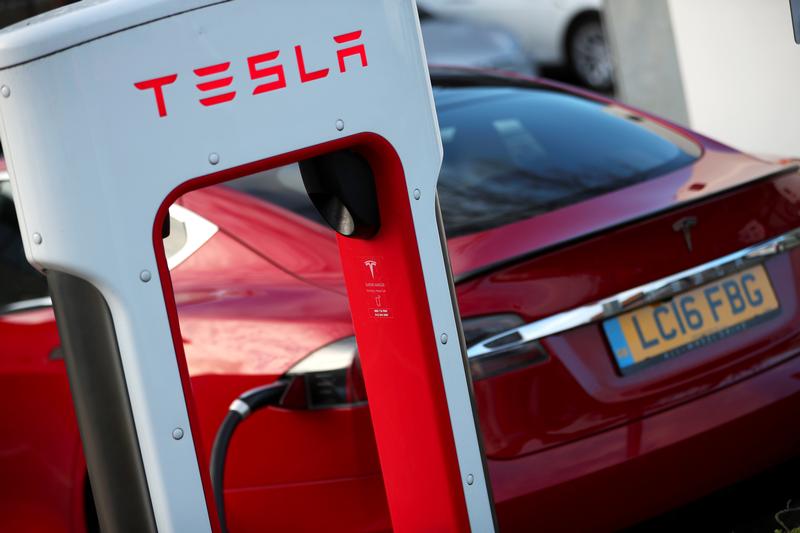 The Italian-American group will include Elon Musk’s electric cars in its fleet, dodging possible European carbon-dioxide fines. Tesla will welcome the cash but is no nearer to its sales target. And Fiat Chrysler still needs a partner to meet its long-term electric challenge.

A Tesla car is charged at a Tesla dealership in West Drayton, just outside London, Britain, February 7, 2018.

Fiat Chrysler Automobiles (FCA) has agreed to pay Tesla hundreds of millions of euros to count some of the electric carmaker’s vehicles in its fleet to offset carbon emissions and avoid a potentially large European Union fine, the Financial Times reported on April 7.

Tesla did not immediately respond to a request for comment. FCA did not comment on the amount mentioned in the FT report but said in a statement to Reuters on April 7 that the purchase pool would allow it to deliver products its customers want while managing compliance.

The European Union has set a target for average carbon dioxide emissions of 95 grams per kilometre for each new car, to be achieved by 2021.

Carmakers which fail to meet the target must pay a fine of 95 euros per gram of carbon dioxide by which emissions exceed the limit, for each car registered.