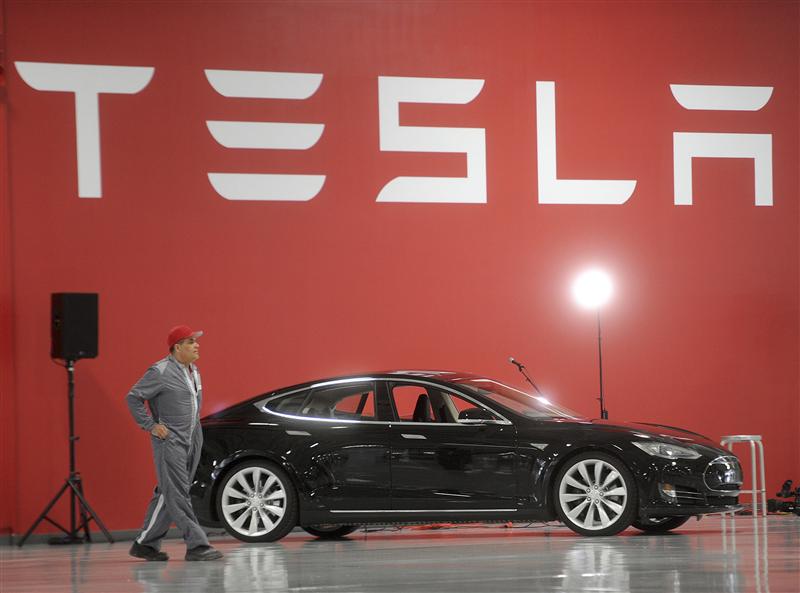 Tesla Motors’ market value, currently $34 billion, often seems ahead of itself. After all, the technology-heavy maker of desirable electric sedans, which posted an adjusted second-quarter loss of $61 million on Wednesday, is already worth about half as much as Ford Motor and BMW. Yet these two sold more than 6 million and 2 million vehicles, respectively, in 2014, compared with Tesla’s production of 35,000.

The upstart company run by founder Elon Musk is also worth more than Fiat Chrysler Automobiles, the Italian-American giant that sold nearly 5 million vehicles last year. One reason is the increasing importance of technology in cars. Fiat just took a blow on that front, recalling 1.4 million cars after a widely publicized remote hack of a Jeep Cherokee shut down its engine and brakes, among other functions.

Tesla, by contrast, is in the vanguard of technological change, from batteries to navigation and driver assistance. But its cars aren’t immune from threats. In some ways they are more vulnerable than less sophisticated vehicles since pretty much everything is controlled by software. A Tesla has been hacked, but tellingly Musk has invited computer whizzes to try to break into its vehicle systems however they can. Any patches and updates can be provided over the airwaves overnight.

The owners of the Jeeps and other affected Chrysler models are getting USB drives in the mail, unless they want to download software onto their own sticks or go to dealerships. This process, ironically, presents hackers with another opportunity, a hardware-oriented version of phishing emails convincing enough to persuade victims to click on a dodgy link. Now they can try mass mailings of official-looking letters enclosing USB drives loaded with malware.

Other carmakers aren’t quite so antediluvian. BMW earlier this year fixed a flaw – one that could have exposed 2.2 million cars including Rolls Royce models – automatically when the cars connected to BMW’s servers. The potential hack involved a pretty simple process, long since identified and blocked in other contexts.

All carmakers need to catch up and move ahead. Roads packed with fully autonomous vehicles may still be on the distant horizon. But connected technological driver assistance is growing fast, and the days when cars store payment information are surely close at hand. Tesla is a lot further along than, say, Fiat. That alone doesn’t explain the valuation difference, but it’s one reason the Silicon Valley manufacturer has the edge.

Tesla Motors on Aug. 5 reported a second-quarter net loss of $184 million, or $1.45 a share. The adjusted loss of 48 cents a share, or $61 million, beat the consensus sell-side estimate of a loss of 60 cents a share, according to Thomson Reuters data. Revenue was $1.2 billion for the quarter. In the three months to June the electric vehicle maker produced 12,807 cars, beating its target of 12,500.

Fiat Chrysler is recalling 1.4 million vehicles in the United States to install software to prevent hackers from gaining remote control of the engine, steering and other systems in what federal officials said was the first such action of its kind.

The announcement via the U.S. National Highway Traffic Safety Administration on July 23 followed an article in Wired magazine describing how cybersecurity researchers used a wireless connection to turn off a Jeep Cherokee’s engine as it drove, increasing concerns about the safety of internet-enabled vehicles.

On Aug. 4 Harman International Industries, which supplies car infotainment systems to Fiat Chrysler, BMW, Daimler, Volvo and others, said the hacking issue appears to be limited to the Italian-American carmaker.