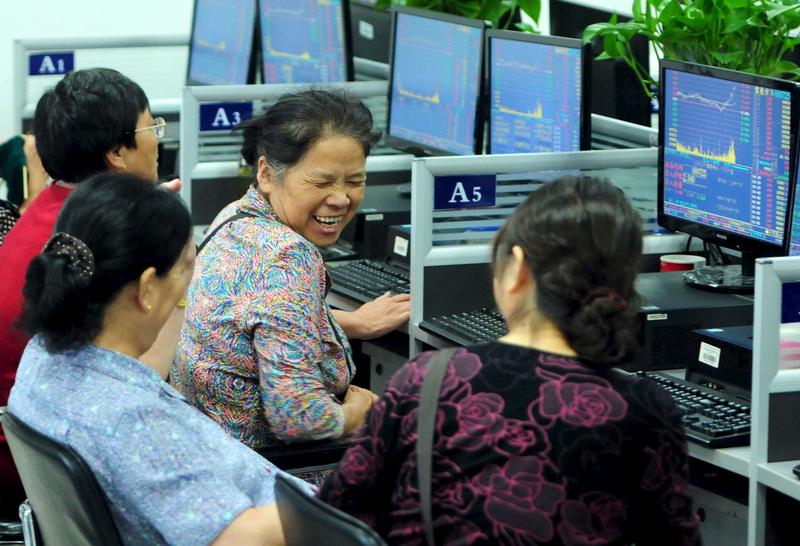 Fidelity International is the first foreign asset manager allowed to create onshore funds and sell them to select mainland buyers. It enters a brutally competitive sector hobbled by capital account controls, and it can’t sell to retail investors. This is still a strategic win.

Investors laugh in front of computer screens showing stock information at a brokerage house in Jiujiang, Jiangxi province, China, September 16, 2015. China stocks ended up sharply on Wednesday helped by a spike in the final minutes of trade, a frequent phenomenon in mainland markets generally interpreted as government intervention to push up values before the closing bell. REUTERS/China Daily CHINA OUT. NO COMMERCIAL OR EDITORIAL SALES IN CHINA - RTS1BZL

Fidelity already had a "Wholly Foreign-Owned Enterprise" licence in China that allowed it to help mainland institutions and wealthy individuals invest overseas.

The new licence from the Asset Management Association of China lets Fidelity raise funds onshore from institutions and rich individuals and invest those funds onshore.

The licence does not allow Fidelity to sell retail mutual funds or market directly to ordinary investors. That needs approval from the China Securities Regulatory Commission and would require Fidelity to find a domestic joint-venture partner.

The licence does not constitute an opening of China's capital account as no funds will enter or leave the country.