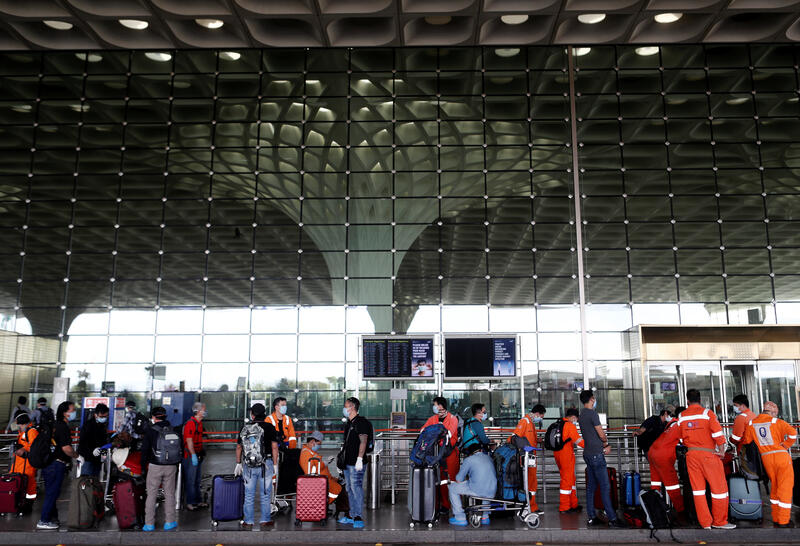 Tycoon Gautam Adani is taking over India’s second busiest airport. It tramples over a stalled $1 bln deal the seller had with Abu Dhabi’s ADIA and Canada’s PSP. By acquiring debt, Adani is offering a quick out for lenders including Goldman Sachs. But it sets a worrying precedent.

Passengers wearing protective face masks wait in a queue to enter Chhatrapati Shivaji International Airport, after the government allowed domestic flight services to resume, during an extended nationwide lockdown to slow the spread of the coronavirus disease (COVID-19), in Mumbai, India, May 25, 2020.

Adani Enterprises said on Aug. 31 that one of its units had entered into an agreement with GVK Group to take control of Mumbai Airport, India’s second busiest.

As part of the deal, Adani will acquire the debt from various GVK lenders, including a consortium led by Goldman Sachs, and convert the acquired debt into equity on mutually agreed terms, GVK said in a separate statement without providing further details.

GVK also said it had terminated a deal with the Abu Dhabi Investment Authority, Canada’s PSP, and India’s National Investment & Infrastructure Fund. The investor group had announced a definitive agreement in October 2019 to pay 76.1 billion rupees ($1 billion) for a 79.1% stake in the holding company of Mumbai International Airport Limited.

The seller, GVK, said it agreed to “cooperate with Adani” because it needed to bring in a “financially strong investor in the shortest possible time”.