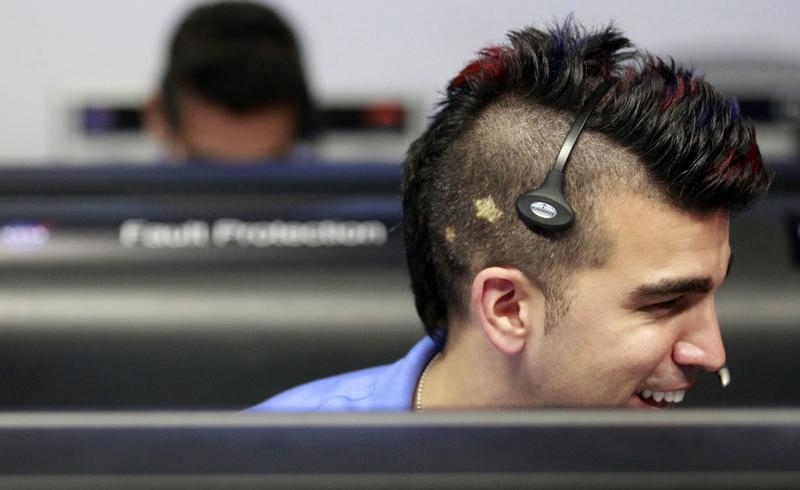 Millennials are dominating the workforce, and the conversation at this year’s World Economic Forum. The cohort born after 1980 is posing companies – particularly financial ones – with new anxieties. Yet in reality, they should relax. Millennials just mark a return to a time before Wall Street’s golden age.

Consultants are targeting worried baby-boomer managers with reports giving insights into the millennial brain. Most elicit fear, like the survey published ahead of the annual Davos shindig by Deloitte, which warned that almost half plan to leave their job in the next two years.

For a financial sector that has been gored by tech unicorns and philanthrocapitalist startups, that makes a bad retention problem worse. One senior banker grumbled to Davos delegates – the average age of whom is 55 for men and 49 for women – that roughly 75 of every 100 new recruits now don’t stick around long enough to become vice presidents.

The result has been evasive action that would have been unthinkable five years ago. JPMorgan, Bank of America and Morgan Stanley have pledged to leave junior bankers in peace at weekends – at least once or twice a month. Goldman Sachs pledged to offer faster promotion and more mobility in November. An analyst at JPMorgan can now make managing director four years faster than in the past.

It sounds like a U-turn. Really it’s a return to the mean. Economist Thorstein Veblen in 1899 described leisure as the way the privileged classes marked themselves as superior to those forced to work hard for a living. Yet during the past three decades, the tradition of “conspicuous consumption” turned on its head, and long hours became a sign of status. Millennials are just going back to the old ways.

Yet the math doesn’t work. Generating returns on equity of 10 percent isn’t compatible with fewer hours and higher pay for less experience. That’s why most of these promises will turn out to be a sham. If a $50 billion client wants a deal to be closed on Christmas Day, it’s a brave or foolish youngster who tells the boss “No”.

Some banks are holding out. While Goldman and JPMorgan promise shorter hours, UBS  does not. Promoting everyone, while it sounds nice, is impossible. Leisure may have replaced hard work as a status symbol, but the competitive and unequal world of finance may not be in for such a big shift after all.

Forty-four percent of “millennials” plan to leave their job in the next two years, according to a survey by Deloitte released ahead of the World Economic Forum in Davos, Switzerland. The survey collected the views of 7,700 people from 29 countries.

The millennial generation, defined by the Pew Research Center as including anyone born after 1980, makes up the largest generational group in the U.S. workforce. It overtook “Baby Boomers” and “Gen X” in 2015, Pew data shows.

JPMorgan said investment banking staff would be encouraged to take weekends off, in a call to employees on Jan. 21, Reuters reported, following similar moves by Bank of America and Morgan Stanley. Goldman Sachs has announced a similar plan.

At JPMorgan, analysts’ standard wait of more than 12 years to become a managing director will be reduced by four years if a lower-level employee exceeds expectations at all junctures.

Six out of 10 millennials feel their “leadership skills are not being fully developed”, the Deloitte survey said.