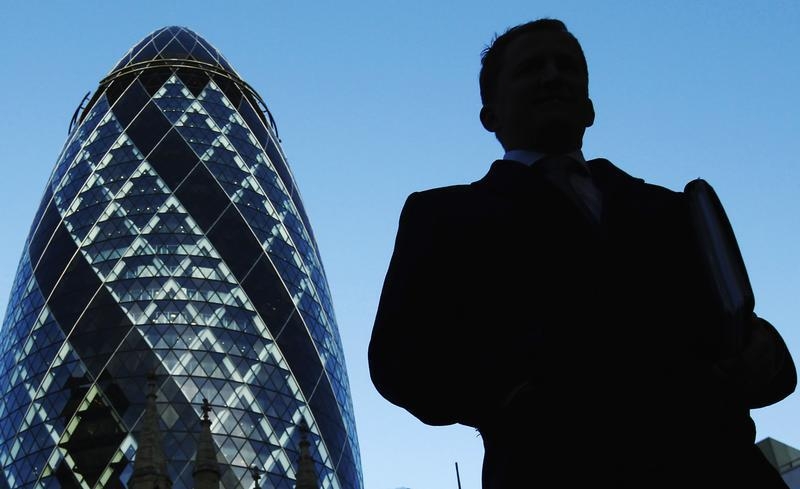 The Gherkin reshaped London’s skyline in 2004. A decade later, it is establishing itself as a lasting symbol of something more meaningful for any global financial center.

The pickle-shaped edifice, officially known as 30 St. Mary Axe, was put up for sale over the summer by its receivers, Deloitte, after it collapsed into bankruptcy earlier in the year. The building has not exactly been a total economic failure, however. The construction cost was estimated at 400 million pounds, or about $675 million. It is now expected to fetch at least $1 billion.

Some of the gains can be attributed to the building’s aesthetic and cultural success. Architect Norman Foster’s sleek and spiraling 40-story office complex befit the era of financial exuberance. It audaciously joined the tower of Big Ben and St. Paul’s Cathedral as a London landmark. The building was a physical manifestation and celebration of the wealth rapidly being created by the many City drones who toiled in its shadow.

For such a triumph of structural design, it seemed appropriate enough to incorporate some financial engineering. When investors, including German fund manager IVG Immobilien, bought the Gherkin a few years later from original owner Swiss Re, they answered the siren call of the carry trade.

About a third of the 600 million pound purchase price was financed in Swiss francs, to save on sterling interest expenses. That trade toppled, though. Tenant Swiss Re paying rent in its home currency just wasn’t enough to cover the pound’s sharp fall against the Swiss franc, and led to an additional 105 million pounds of debt.

The ignominious financial ruin, symbolically at least, elevates the Gherkin’s historical stature. The glass-sided phallus will for as long as it stands now reflect back to bankers and traders the harm their ostensibly clever schemes can inflict. However unintended, London at last has a fitting monument to avarice.

The bankrupt Gherkin building in London, formally known as 30 St. Mary Axe, has been put up for sale, administrators Deloitte said on July 29. Savills and Deloitte Real Estate were jointly instructed to sell the 40-story office building designed by Norman Foster and opened in 2004.

The bankrupt Gherkin building in London, formally known as 30 St. Mary Axe, has been put up for sale, administrators Deloitte said on July 29. Savills and Deloitte Real Estate were jointly instructed to sell the 40-story office building designed by Norman Foster and opened in 2004.