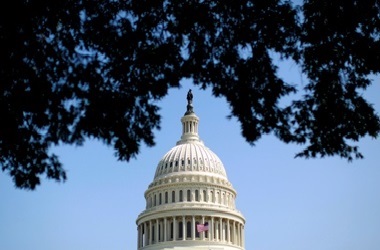 The rapidly growing financial technology industry has as much to gain as fear from Washington. A new lobbying group, set up by five major Silicon Valley firms this week, reflects concerns that lawmakers and watchdogs may not understand the benefits that high tech can bring to financial services and their users.

The group, known as Financial Innovation Now, has some laudable goals – not least a “modern financial system that is more accessible, affordable and secure,” as Executive Director Brian Peters puts it. The organization also aims to speed up America’s payments system so that individuals and businesses can send each other money on the same day rather than wait the two or more days currently required.

Of course, one of the founding members, PayPal, already offers such a service through its popular Venmo app. And that helps make the point for the company and co-founders Amazon, Apple, Google and Intuit technology is already improving the way people use financial services.

Some online lenders are trying to reshape borrowing, too. PayPal has loaned $1 billion to small businesses in areas from which traditional banks have withdrawn. The likes of SoFi, Affirm, Prosper, Earnest, Lending Club and Vouch are also using a variety of strategies to offer better, cheaper services than banks do.

It’s important to make sure Washington and state authorities are up to speed on such developments. Yet many fintech firms have, until recently, fallen short. Lending Club, for example, created the job of head of regulatory and government affairs only in 2014 – eight years after the company set up shop.

But technology can be a double-edged sword, providing another way for unsavory firms to cause trouble. And it’s far from clear that the enormous amount of personal data many online lenders are collecting in their black boxes – from social media participation to shopping habits – are fair, or even legal, ways to gauge creditworthiness.

Left to their own devices, banks have long been capable of wreaking havoc every few years. There’s no reason to believe fintech will be any different. Like the traditional players they are trying to replace, financial technology firms need to accept that regulation can also rein in excess.

The dome of the US Capitol is seen in Washington, September 25 2012. REUTERS/Kevin Lamarque

Amazon, Apple, Google, Intuit and PayPal on Nov. 3 announced that they had formed a lobbying group called Financial Innovation Now or FIN. The founders want Washington “to help enable a modern financial system that is more accessible, affordable and secure,” says Brian Peters, executive director of the organization.

FIN will focus on promoting trust and safety in financial services and faster payment speeds; adapting “antiquated federal and state regulations” to accommodate the growth of online lending marketplaces; using technology to reduce barriers that prevent people from using financial services; and creating a level playing field that allows people to access their financial information and accounts using whatever technology or application they choose.