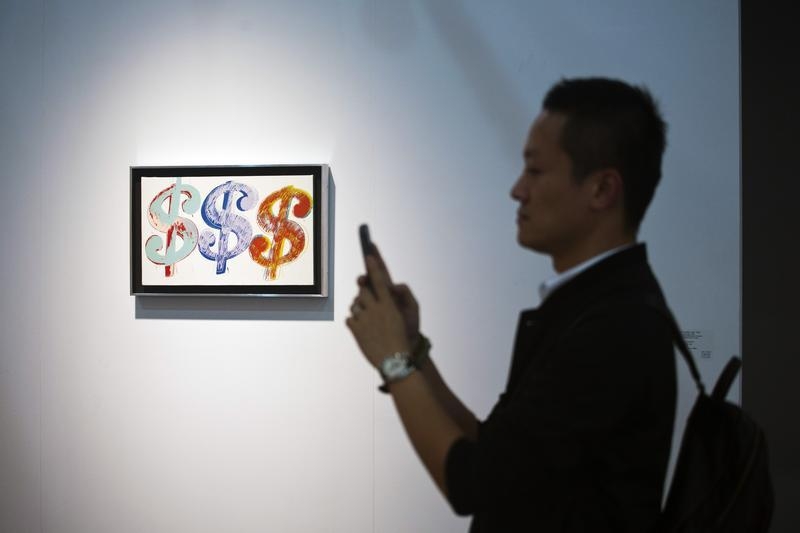 Navient is buying student-loan refinancer Earnest for less than half its 2015 valuation. Even then, it’ll eat into the buyer’s earnings and buybacks. Worse, Navient faces a fresh lawsuit over dodgy practices. Modern finance is feeling a lot like the kind it’s supposed to replace.

A man takes pictures with his phone next to an artwork titled "Triple Dollar Sign" by U.S. artist Andy Warhol during a preview of the first Art Basel in Hong Kong May 22, 2013. REUTERS/Tyrone Siu

Pennsylvania’s attorney general on Oct. 5 filed a lawsuit against student-loan servicer Navient alleging widespread abuse and deception in administering loans. The company already faces a suit from the Consumer Financial Protection Bureau as well as from two other states – Illinois and Washington.

On Oct. 4, Navient said it had agreed to buy online student lender Earnest for $155 million in cash. Earnest has refinanced $2 billion of student loans since starting in January 2015 and estimates it has saved customers more than $500 million. Earnest expects to refinance a total of $1 billion in loans this year.

Navient expects the deal to dilute 2018 earnings by eight to 10 cents a share and be accretive in the second half of 2019. The company, which has also recently bought $6.5 billion of education loans and transportation revenue-management company Duncan Solutions, is suspending share buybacks until the end of next year.

Venture-capital firms valued Earnest at $375 million in 2015, according to the Wall Street Journal.