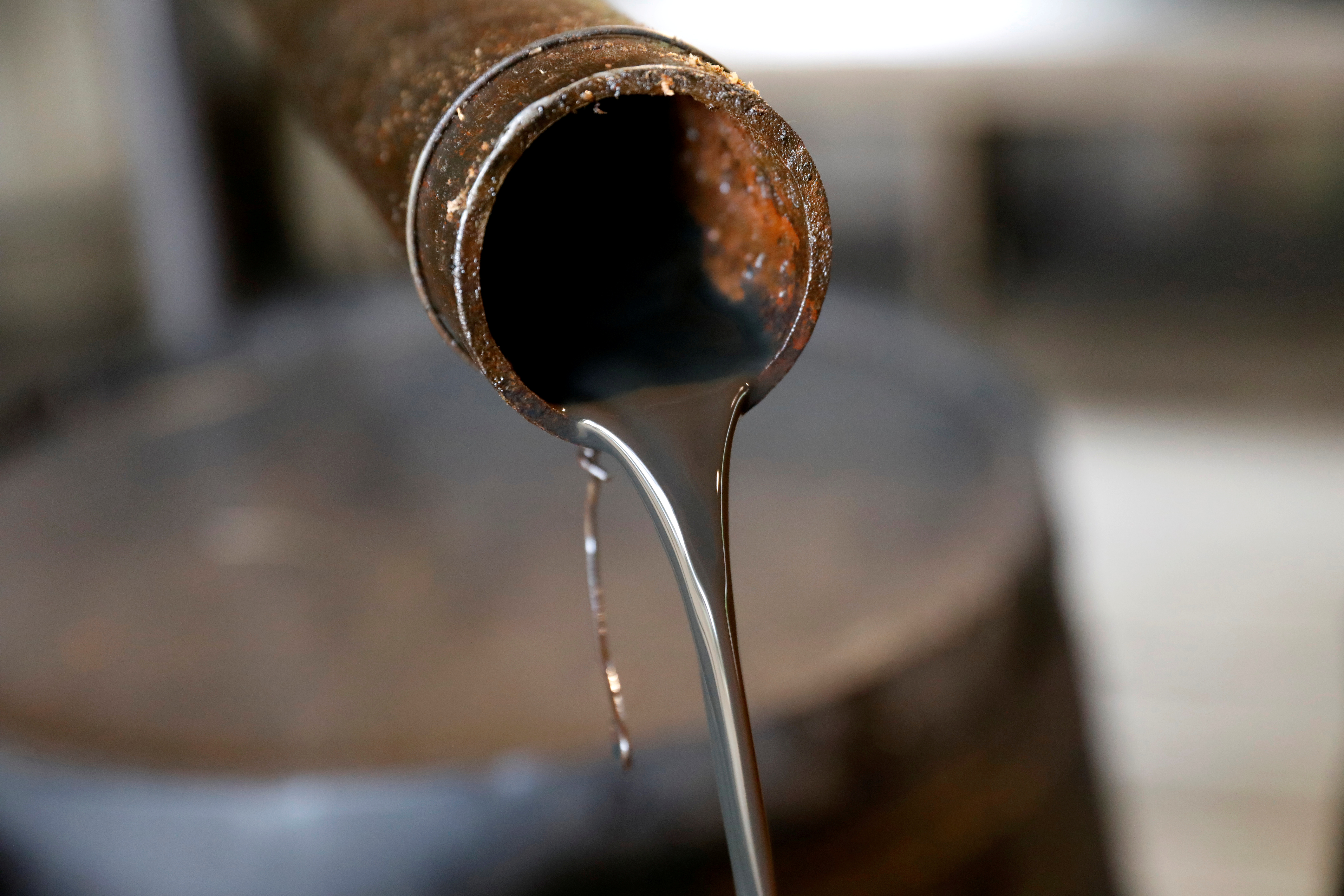 Crude prices jumped almost 10% after weekend attacks on Saudi oil facilities took out over 5% of global supply. Though the spike is bad for already slowing global growth, reserves can make up for the shortfall. Escalating threats of Middle Eastern conflict would do more damage.

Oil pours out of a spout from Edwin Drake's original 1859 well that launched the modern petroleum industry at the Drake Well Museum and Park in Titusville, Pennsylvania U.S., October 5, 2017.

Oil prices surged on Sept. 16, with Brent crude posting its biggest intra-day percentage gain since the Gulf War in 1991, after an attack on Saudi Arabian oil facilities on Sept. 14 shut more than 5% of global supply.

U.S. President Donald Trump said on Sept. 15 he authorised the release of oil from the U.S. Strategic Petroleum Reserve if needed because of Saturday's attack on Saudi Arabia's oil facilities. Any release would be sufficient to keep the markets well-supplied, he said on Twitter.

Trump also said the United States was "locked and loaded" for a potential response to the attack on Saudi Arabia's oil facilities, after a senior U.S. administration official said Iran was to blame.