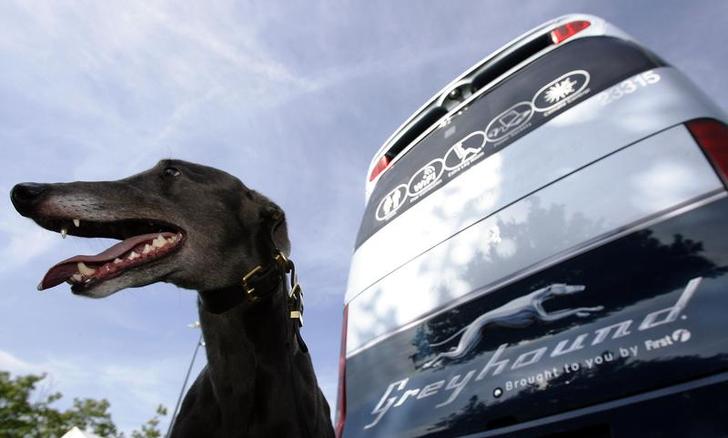 Tom Sandell is right that First has cheap stock and a bad track record. It should also take any good offer for Greyhound buses. But his proposed spin-off of other U.S. units looks less useful. The onus is now on First to defend its existing routemap for value creation.

A greyhound sits beside a Greyhound bus at the launch of FirstGroup's new Greyhound UK service in London.

Sandell Asset Management Corp, a hedge fund manager, demanded FirstGroup, the London-listed transport operator, sell its Greyhound unit and spin off its remaining U.S. businesses, First Student and First Transit. Sandell, which owns 3.1 percent of FirstGroup, said this could bolster the balance sheet of the remaining British business, and generate returns of more than 50 percent for shareholders.

FirstGroup said Sandell’s proposal was “not compelling” and “contains a number of structural flaws and inaccuracies”. It said shareholders would do better under the group’s existing plan to improve growth, returns, and cash generation.

Shares in FirstGroup rose about 5.5 percent to 122.425 pence a share by mid-afternoon on Dec. 11. As of the previous day’s close, the company had a market capitalisation of about 1.4 billion pounds ($2.3 billion).

FirstGroup raised 615 million pounds through a rights issue earlier this year, and long-standing chairman Martin Gilbert said he would step down. Aviva chairman John McFarlane, who was named as Gilbert’s successor on Dec. 6., takes charge on Jan. 1, 2014.