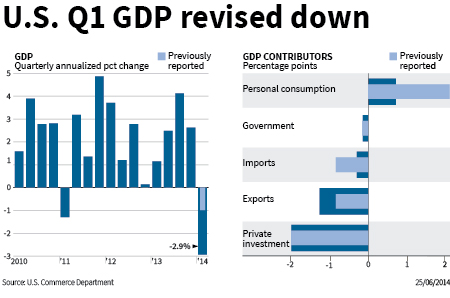 First-quarter GDP contracted at a surprisingly high 2.9 pct annualized rate in the final accounting, the biggest drop since early 2009. Back then, output, jobs, investment, trade and the markets were heading in a different direction. Rhyming economic declines aren’t all the same.

or
Request a Free Trial
or
Biden finds Mohammed bin Salman is too big to nail
Sign in to your Breakingviews account
If you need assistance please email breakingviews.clientsupport@thomsonreuters.com