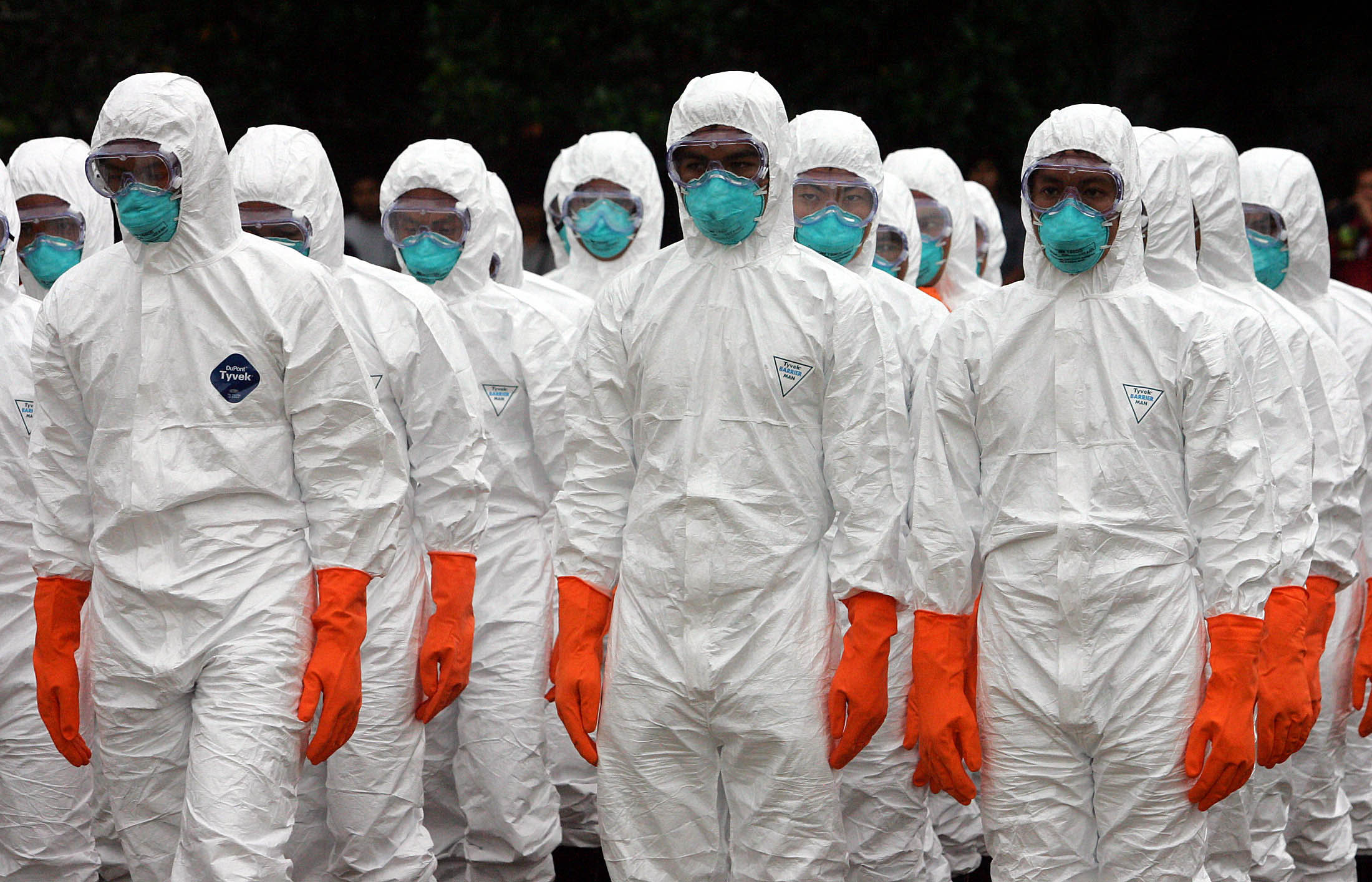 Americans are 1,000 times more likely to die from this common illness than terrorism. The current, and worst, bird-flu outbreak in China means the imbalance is even higher. Washington’s decision to spend so much more on homeland security than preventing disease is misguided.

Livestock officials dressed in bird flu protective gear during a demonstration for a new method of culling poultry by using carbon dioxide gas at a farm in Ayutthaya, 80 km (50 miles) north of Bangkok on August 19, 2004.

The World Health Organization has reported 531 infections of H7N9 influenza in the current wave of infection, as of March 23. Since this form of bird flu was identified in 2013, there have been five outbreaks with 1,329 total cases, making this the largest annual epidemic to date. About 40 percent of diagnosed patients die from the disease.

The current risk to public health from the virus is low according to the Centers for Disease Control and Prevention, as the virus has not shown evidence of having evolved the ability to transmit from human to human in a sustained manner. The CDC rates the Asian lineage H7N9 virus as having the greatest potential to cause an influenza pandemic and potentially posing the greatest risk to endanger public health.