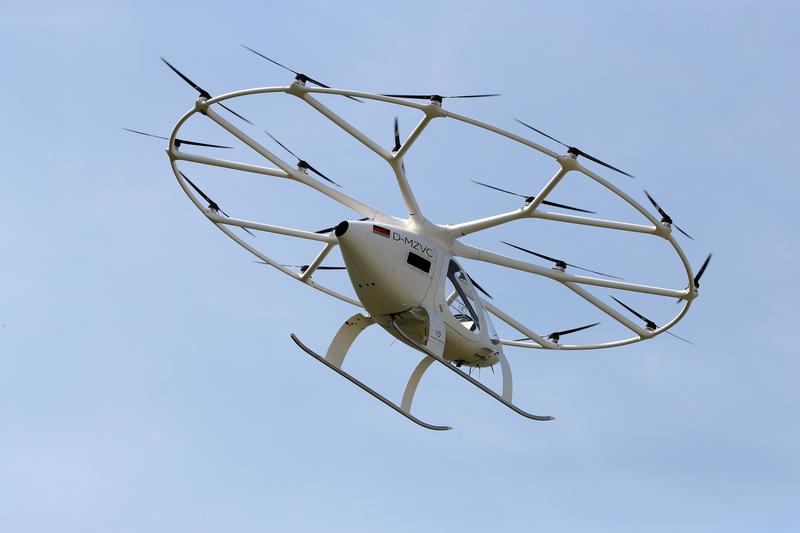 Flying cars are almost a thing. Toyota Motor is investing close to $400 million in Joby Aviation, a startup that wants to cut commutes by floating over congestion. China’s Geely is backing rival Volocopter; Hyundai is collaborating with Uber Elevate. But an investment by a $232 billion automaker lends much cred to what was once a metaphor for the impossible. New technology has put air taxis within reach, and regulators are wrapping their heads around the idea. The trick is finding customers.

The hardware is in place, thanks to advances in software and materials. A 2019 catalogue of so-called vertical take-off and land craft, or VTOL, lists more than 250 electric models for sale. Engineers have conducted successful test flights in Singapore and San Francisco. Last month, the European Aviation Safety Agency approved Volocopter’s designs. Proponents say that compared to the helicopter, flying cars are easier to control, plus cleaner and quieter – qualities aviation regulators appreciate. Ambitious companies hope to launch commercial products and services in the next two years.

The final barrier is profit. Carmakers like Toyota can add value by helping the engineers produce at scale. But demand looks limited. Early targets are wealthier passengers making point-to-point trips over low-density urban areas, in places where the ground infrastructure is clogged. Use cases include short airport transfers, for example, or quick hops between islands.

There are other potential applications in cargo and agriculture. China’s EHang, which listed on the Nasdaq in December, has multiple revenue streams including the sale of autonomous passenger vehicles and aerial drone display services. But its prospectus recorded a net loss of $6.7 million in the first nine months of 2019. Other startups are similarly unprofitable, according to an analysis by PitchBook.

Today’s flying cars may be variations of the helicopter, but that industry was worth less than $50 billion in 2018 including military craft, according to Fortune Business Insights. Refinitiv data shows Airbus Helicopters, one of the few that publishes financials, posted negative EBITDA for three years ending in 2018.

The pursuit of clean vehicles is straining carmaker’s finances. Flying cars are fun, but until consumers climb aboard, investors might get taken for a ride.

A prototype of an electrical air taxi that takes off and lands vertically (eVTOLs), made by German startup Volocopter, flies during a demonstration round at the Daimler museum in Stuttgart, Germany, September 14, 2019. RC12D0735280