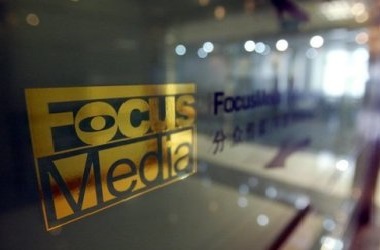 Focus Media’s homecoming has somehow survived China’s market meltdown. The Chinese advertising group is making a second attempt at a backdoor listing in Shenzhen after an insider-trading investigation thwarted its previous effort. Yet despite the stock market slump, Focus Media still has a valuation of 45.7 billion yuan ($7.2 billion). Other U.S.-listed Chinese companies eyeing a return to the mainland will need to be more realistic.

Focus Media seemed to have completed its journey from unloved U.S.-listed orphan to Chinese investment darling in June, when it agreed a reverse takeover of a Shenzhen-listed company called Jiangsu Hongda New Material. But that plan faltered when Hongda’s chairman resigned amid a probe into securities laws violations.

Now the Shanghai-based advertising company is trying to reverse itself into Hedy Holding, a $648 million communications equipment maker also listed in Shenzhen. In an identical deal Hedy will issue new shares worth 39.9 billion yuan to buy Focus Media, and pay for the rest with a 5 billion yuan private placement and an asset swap.

For Focus Media Chairman Jason Jiang, completing the deal will be a double victory. The current valuation is almost twice what Jiang and private equity funds including Carlyle paid to take the then Nasdaq-listed company private two years ago after it became a target for short-sellers. But even more amazing is that the transaction puts the same value on Focus Media’s as the previous deal three months ago. In that period, China’s benchmark CSI index has dropped by more than a third.

Shenzhen investors won’t get to deliver their opinion on Focus Media’s value until the shares start trading. Hedy shares have been suspended since April, missing a chunk of the boom and subsequent collapse.

Yet for the two dozen or so U.S.-listed Chinese companies that are looking to take themselves private, Focus Media’s homecoming may not be so easy to replicate. The majority of the proposed take-private deals still have yet to secure equity and debt funding. Shares in Qihoo 360, the largest of the group, currently trade at a 31 percent discount to the $9.9 billion offer from a group led by its chairman and CEO. Despite Focus Media’s defiance of gravity, finding a way back to the Chinese stock market looks less likely than it did a few months ago.

Hedy Holding, a communications equipment group listed in Shenzhen, said on Sep. 1 that it will acquire Focus Media for 45.7 billion yuan ($7.17 billion) as part of a deal that allows the Chinese advertising firm to obtain a stock market listing.

Hedy will issue new shares worth 39.9 billion yuan to Focus Media. The shares will be valued at 10.46 yuan each, a 30.8 percent discount to Hedy’s last traded price on April 30, when the shares were suspended.

Hedy will raise up to 5 billion yuan in cash through a private placing of shares 11.38 yuan each. It will also swap assets worth 880 million yuan with Focus Media, according to filings.

In June, Focus Media announced a reverse takeover of Jiangsu Hongda New Material, another Shenzhen-listed company, for the same valuation. However, the deal was thrown into doubt after its chairman and controlling shareholder Zhu Dehong was placed under investigation for violating securities laws. Jiangsu said on Sept. 1 that Focus Media had decided to cancel the deal.

Focus Media delisted from Nasdaq in May 2013 through a leveraged buyout that valued it at $3.7 billion. The buyout was led by chairman Jason Jiang with backing from private equity funds including Carlyle and FountainVest.

The deal is pending approval from the China Securities Regulatory Commission.