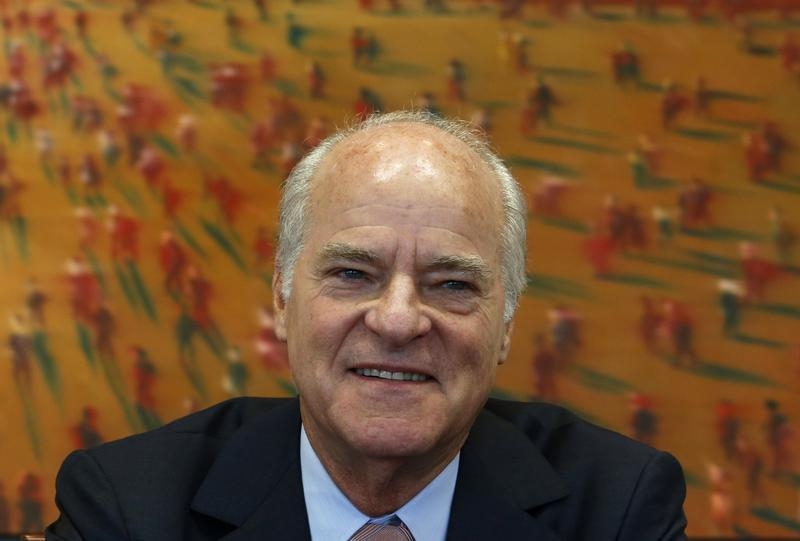 KKR’s business model is predicated on finding assets it considers undervalued and snapping them up. The private equity firm led by Henry Kravis is applying the same rationale to its own publicly traded securities. It took the unusual step among its peers of authorizing a share-repurchase scheme and simultaneously paying a fixed quarterly dividend. If it can’t alter perceptions about the value of its business however, there’s a logical end to this philosophy.

Kravis isn’t alone in his frustration. Blackstone boss Stephen Schwarzman for years has been railing about the unwillingness of public investors to ascribe to his firm the higher valuation multiple they give to more traditional asset managers like BlackRock. Blackstone’s shares trade right around their June 2007 initial public offering price and are valued at nearly 11 times expected earnings compared to BlackRock’s multiple of over 16 times, according to Thomson Reuters data. KKR’s, meanwhile, trade at seven times.

KKR, whose portfolio of companies includes First Data and Toys R Us, is devoting $500 million – equal to about 6 percent of the public float – to buy back its units periodically, and instead of doling out roughly 75 percent of its profit in distributions will instead pay out a lower, flat 16 cents a quarter per unit. It will shovel the extra money into its own funds and other investing strategies.

The 64-cent annual dividend is down from the $1.90 KKR paid out last year. It nevertheless amounts to a 3.6 percent yield compared to 2.5 percent for the S&P 500 Index, and its steady nature may appeal to some investors who otherwise worry about the year-to-year fluctuations in KKR’s profit. By the firm’s own reckoning, if it had implemented this plan back in 2010 when it went public, it would have delivered an additional $3 billion of book value at the roughly 20 percent return on equity it generated over that span.

However reasonable the theory sounds, investor behavior may not be so easily changed. Private equity, though a relatively new so-called “asset class,” is better suited to investors willing to lock up their money in funds for a decade than to more capricious public markets. If KKR’s stock stays cheap, of course, Kravis and his colleagues could just keep buying until they own it all – just like before.

Private equity firm KKR on Oct. 27 swung to an economic net loss in the third quarter and said it would start paying a fixed dividend and buy back $500 million of its publicly traded units.

The firm reported an economic net loss for the period of $286 million from economic net income of $509 million a year ago.

Instead of paying variable distributions of its profit to unit holders, KKR said it would be paying a fixed distribution of 16 cents apiece this quarter and in ones to follow. The amount is lower than what the firm typically pays out. The retained capital will be used to repurchase its own units and invest in its funds and other ideas.