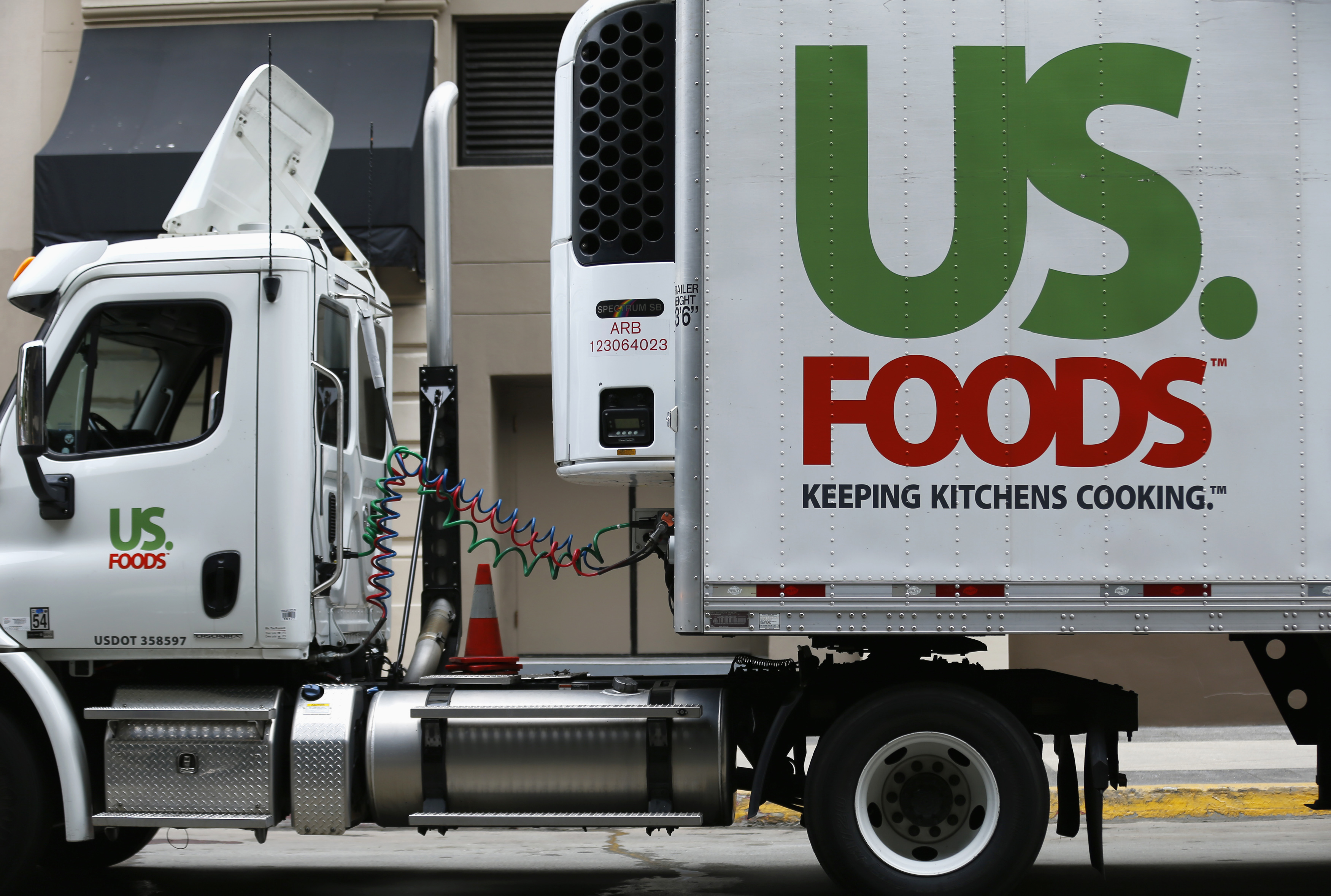 Sysco’s acquisition of US Foods shows how investors are eating up synergies. The $3.5 billion purchase, revealed on Monday, received a rapturous reception, with the buyer’s market valuation surging by as much as a quarter – or $5 billion – before giving up some gains. Hefty cost cuts help the merger math.

The deal will result in $600 million of annual savings, Sysco reckons. The present value of these, after taxes, is more than $4 billion. No wonder investors reacted positively, as they have to similarly attractive deals this year. Cost savings in Gannett’s $2.2 billion deal for Belo nearly covered the transaction price, sending the media group’s stock rocketing. And Endo Health’s cost cuts and tax savings from acquiring Paladin Labs and reincorporating in Ireland nearly paid for the entire $1.6 billion purchase price.

Indeed, acquiring companies have seen their stock rise in about six out of every 10 U.S. deals this year, according to data from Thomson Reuters. In contrast, the majority of buyers experienced a share price decline from 2008 to 2012 – an understandable reaction in many cases, because the control premium required in acquisitions often hands substantial value to the target company’s shareholders at the expense of the acquirer’s.

Investors are, however, still discriminating. The financial equation matters, with big cost cuts and tax savings a feature of many of the best-received transactions. Yet the very existence of duplication that can be excised raises the danger level. Mergers of companies whose businesses overlap, like Sysco and US Foods, can attract scrutiny from antitrust watchdogs. Bill DeLaney, Sysco’s chief executive, admitted he might have to sell assets to ease approval of the deal. On the tax front, lawmakers are studying tightening rules governing combinations that involve reincorporation in low-tax jurisdictions.

Such caveats don’t seem to have bothered investors in Sysco much. And with this sort of reaction, other acquirers’ animal spirits won’t remain suppressed for long. For now, though, the fact that deals often seem to be paying for themselves suggests company boards are appropriately cautious – and only pursuing sensible mergers.

A US. Foods truck is shown on delivery in San Diego, California October 23, 2013.

Sysco said on Dec. 9 that it had agreed to buy US Foods, paying $3.5 billion – $3 billion in stock and $500 million in cash – for the private equity-owned company’s stock and assuming $4.7 billion of debt for a total enterprise value of $8.2 billion.

After completion, the owners of US Foods will hold 13 percent of Sysco. Representatives of US Foods’ two biggest shareholders, Clayton, Dubilier & Rice and KKR, will join Sysco’s board of directors.

Sysco expects annual synergies of at least $600 million from the deal. In early trading on Dec. 9, the company’s shares reached $43.40, a jump of about 25 percent from the closing price on Dec. 6, before declining slightly.