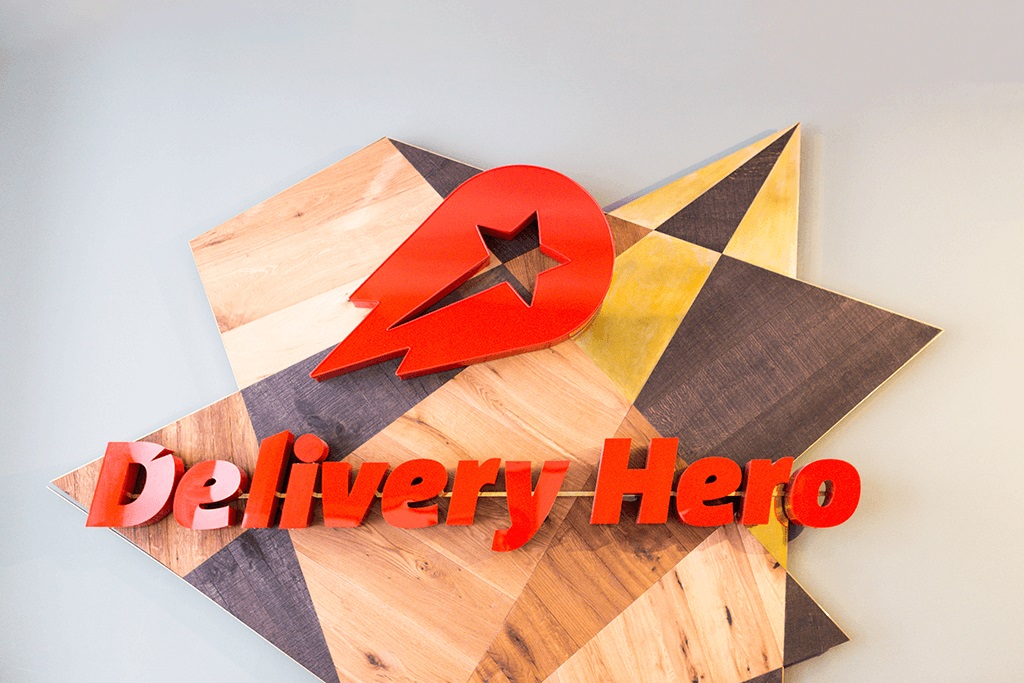 Germany’s struggling tech investor is on the cusp of its first startup listing. The cash that it will pocket if fast-growing food logistics group Delivery Hero meets its aim of raising $1 billion will come in handy. The morale boost from a successful exit is even more important.

The DeliveryHero logo in the company's reception.

Online food logistics group Delivery Hero said on June 19 it is offering up to 39 million shares in its initial public offering. The company wants to raise up to 480 million euros of new funds. Current investors also want to sell existing shares worth up to 510 million euros.

The shares will be offered at a price range of between 22 and 25.5 euros, valuing 100 percent of the group’s equity at up to 4.4 billion euros. Delivery Hero is expected to start trading on the Frankfurt Stock Exchange on June 30.

Around half of the proceeds of the secondary offering would go to Berlin-based e-commerce investor Rocket Internet, which currently holds a stake of almost 35 percent in Delivery Hero. If a potential over-allotment of shares were used, Rocket’s stake in the company would fall to around 25 percent.

Founded in Berlin in 2011, Rocket Internet has grown rapidly and now employs more than 6,000, providing a digital platform to order meals from more than 150,000 restaurants in 40 countries in Europe, the Middle East, Latin America and Asia.