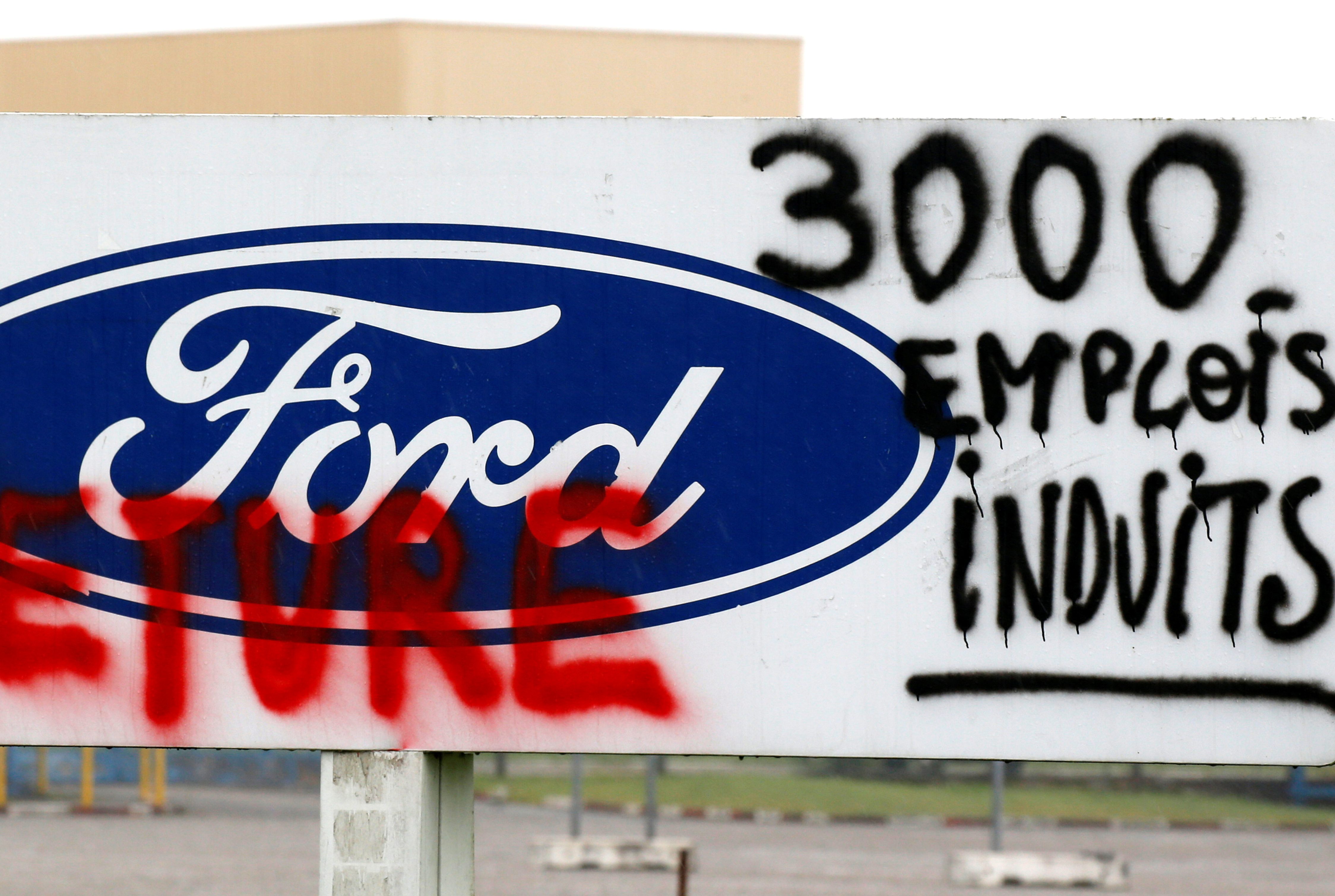 If boss Jim Hackett hits long-term profit targets, the carmaker’s market value could rise by $10 bln. Yet that requires implausible cost cuts. Partnering with or selling to a continental rival might be better. Peugeot’s purchase of GM’s European arm shows both sides can benefit.

A logo is pictured on a board at the entrance of Ford Aquitaine Industries plant as Ford will end assembly at the Blanquefort transmission plant with closure planned, in Blanquefort near Bordeaux, France December 22, 2018. Words say: " 3000 induced jobs" .

Ford Motor on Jan. 10 said it will cut thousands of jobs, exit unprofitable markets and discontinue loss-making vehicle lines in Europe as part of a turnaround effort aimed at achieving a 6 percent operating profit margin in the region.

Ford said it may stop making two C-MAX models – a type of compact multi-purpose vehicle – at an assembly plant in Germany. It will also halt production at an automatic-transmission plant in Bordeaux, France. The company is also undertaking a “strategic review” of its Russian joint venture and combining the headquarters of Ford U.K. and Ford Credit at a site in Dunton, Essex.

Ford Europe employs 53,000 people and reported a 245 million euro ($282 million) operating loss in the three months to September, equivalent to a negative 3.3 percent margin. It declined to quantify the scale of job cuts, pending negotiations with labour leaders, but said staff reductions would run into the "thousands".