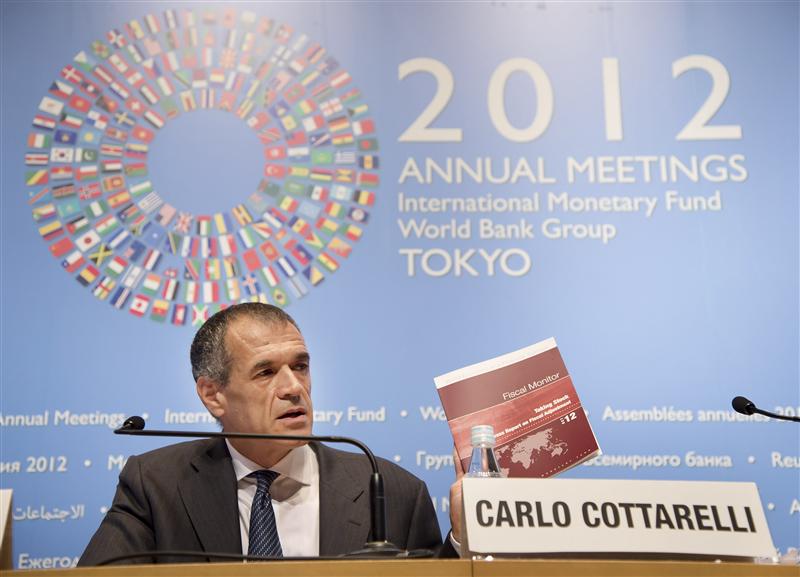 The International Monetary Fund is fretting about big “fiscal multipliers” – how much GDP moves on government spending or cutting. On that basis, austerity is always bad. But the science is imprecise and countries facing spiralling debt must make savings. Growth will come later.

The International Monetary Fund’s World Economic Outlook predicted that global output will expand in 2012 by just 3.3 percent, down from a July estimate of 3.5 percent. That would make this the slowest year of growth since 2009. The economics body forecast only a modest pickup next year to 3.6 percent, below its July estimate of 3.9 percent.
The IMF warned that so-called “fiscal multipliers,” which measure the response of GDP to fiscal adjustment, may have been much larger than previously thought and therefore advocated a gradual approach to fiscal adjustment. The IMF also said that fiscal problems can be “rooted in structural problems that take time to address, and sharp expenditure cutbacks or tax increases can set off vicious cycles of falling activity and rising debt ratios.”