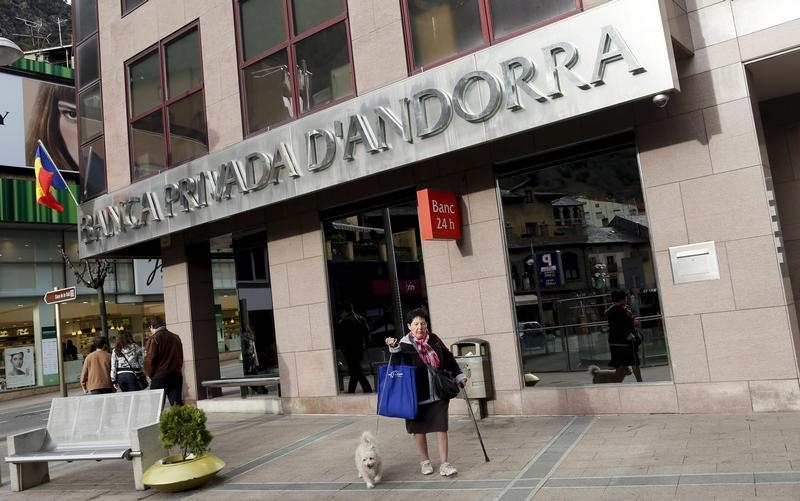 Small overseas firms often feel helpless against U.S. regulators, some of which render edicts after opaque and secretive processes. But Banca Privada d’Andorra fought back against a U.S. Treasury watchdog, and just succeeded in getting its money-laundering designation withdrawn. And last year, the Chinese-backed owner of a U.S. wind-farm project won a settlement over the block on its activities by the secretive Committee on Foreign Investment in the United States.

The Financial Crimes Enforcement Network, known as FinCEN, said last March that BPA was helping organized criminals and should be cut off from the U.S. financial system. The Andorran government subsequently fired the bank’s board and its Spanish unit filed for bankruptcy.

While the cleanup may have helped achieve FinCEN’s reversal last week, BPA had also taken to the courts. The bank wasn’t warned or allowed to make its case before FinCEN took action last year. Banks only have that chance after a proposed money-laundering notice is first issued. Unusually, BPA sued the regulator, alleging it had used inaccurate information when it sounded the “death knell” for the bank.

The BPA lawsuit followed action by Tanzania’s FBME Bank, which won a rare temporary court injunction stopping FinCEN from implementing a money-laundering notice. Last year, the watchdog decided to redo its FBME proposal, and a final rule is pending.

Meanwhile, the national-security focused CFIUS group is looming large for foreign acquirers of assets. The committee recently blocked the sale of Philips’s Lumileds lighting unit to a Chinese buyer based on “unspecified concerns” and, on Tuesday, the PRC-based putative buyers of a 15 percent stake in Western Digital pulled out because of a CFIUS investigation, triggering a change in the terms of the hard-drive maker’s agreed acquisition of SanDisk.

Back in 2012 the wind-farm protagonist, Ralls Corp, became the first company to file a lawsuit against CFIUS. A U.S. appeals court said the committee, whose proceedings are secret, had to disclose how it came to the recommendation that led President Barack Obama to block the deal. The two sides reached an undisclosed settlement in November 2015.

The U.S. government still has the upper hand. But recent lawsuits show that overseas Davids can occasionally slay Washington Goliaths.

A U.S. regulator on Feb. 19 withdrew a notice that designated as a money launderer the Banca Privada d’Andorra, one of five banks based in the principality of Andorra. The Financial Crimes Enforcement Network or FinCEN, part of the Treasury Department, accused BPA of facilitating money laundering in March 2015, saying the bank was handling transactions for organized criminal networks in Russia and China.

Following the proposed notice in March, the Andorran government dismissed the BPA board and the bank’s Spanish subsidiary filed for bankruptcy. BPA filed a lawsuit against FinCEN in October, accusing the regulator of relying on incomplete and inaccurate evidence.

FinCEN said last week that actions taken by Andorran authorities, including taking over BPA’s management, meant the bank was no longer a money-laundering concern.